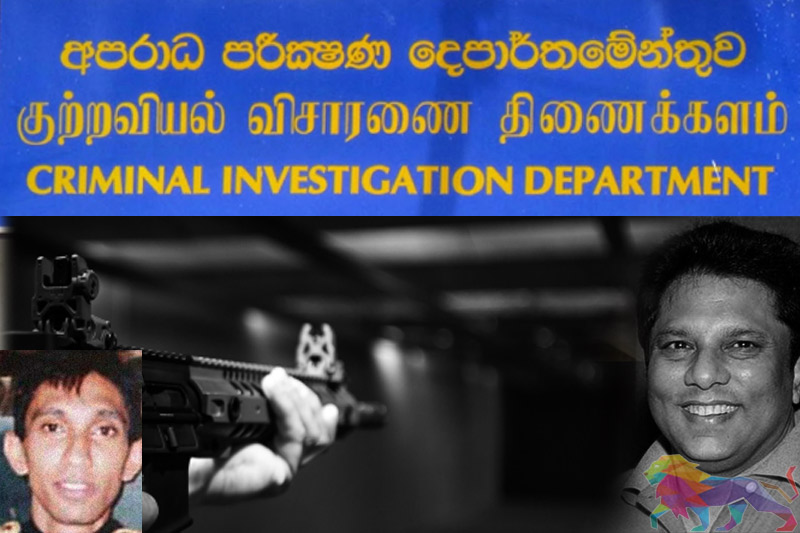 The Criminal Investigations Department (CID) has informed court of the links between controversial military intelligence officer Major Prabhath Bulathwatte and many attacks on journalists and media institutions during the former Rajapaksa regime.

CID sources have said the new information revealed in the separate probes carried out into attacks and assassinations of media personnel have been submitted to courts.

The Leader learns that investigations have revealed that Bulathwatte shares a common link with military intelligence officer Lalith Rajapakse who was recently arrested in connection with the assault of journalist Keith Noyahr in 2008 and the suspects connected with the murder of former The Sunday Leader Editor Lasantha Wickrematunge in January 2009.

The CID took Rajapakse into custody after uncovering his fingerprint on the vehicle of the former Editor of the Rivira newspaper Upali Tennakoon who was assaulted in January 2009 a few days after Wickrematunge’s murder.

The list of attacks on media personnel carried out by the military intelligence officers during the former regime and the fact that they had no personal grudges with Tennakoon or any other media personnel indicates they were carrying out orders given to them by the former government, a senior police officer said.

Also, a detailed analysis of mobile phone activity had further proven the connection between Rajapakse and Bulathwatte.

According to the information unraveled by the CID sleuths, on the dates of 5, 6, and 7 January 2009, just before the assault on Tennakoon, the five mobile phones used in Wickrematunge’s killing were functioning in the morning hours in Imbulgoda where Tennakoon lives and in the evenings on the same days, those same five mobile phones were active down Templers Road in Mt. Lavinia where Wickrematunge’s office was located.

It has further been revealed that Rajapakse’s personal mobile phone had corresponded with the five mobile phones that were used by Wickrematunge’s and Tennakoon’s assailants while they were monitoring their residential areas.

The CID it is learnt has found the nexus between the person who had bought the five SIM cards that were used during Wickrematunge’s killing and Bulathwatte.

The CID has also questioned Bulathwatte regarding the Keith Noyahr case on Monday (15).

Bulathwatte was in charge of the Tripoli military intelligence base in Maradana at the time Noyahr was attacked.

Bulathwatte was then arrested by the CID in connection with the abduction and assault of Keith Noyahr in February 2017 and is currently out on bail.

The Army Commander pushed Bulathwatte’s reinstatement in the aftermath of the Easter Sunday attacks.

The reinstatement of the controversial military officer was condemned by civil society and human rights groups.