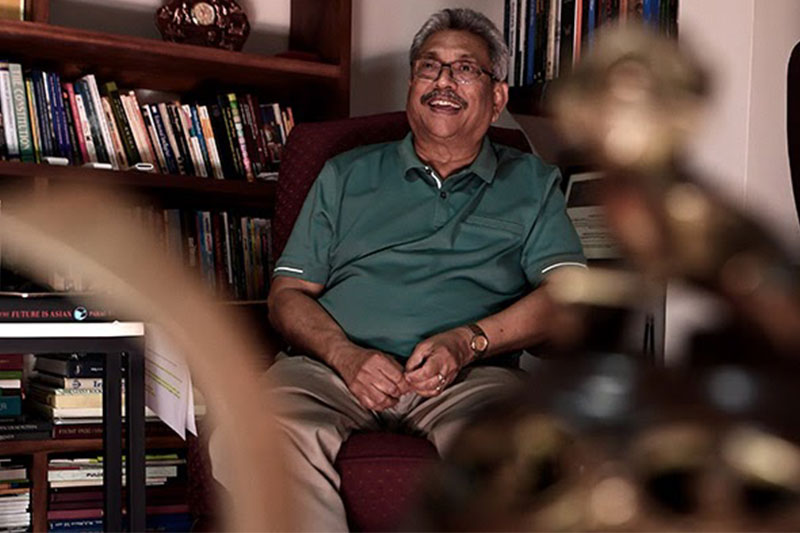 The April - June quarterly report compiled by the Internal Revenue Service (IRS) in the US which consists of a list of names of those who relinquished their US citizenship does not include the name of Gotabaya Rajapaksa, The Leader learns.

Though the list of the names relating to the June 30 quarter has not been officially released in the website of the Federal Registry, it is said to have already been compiled. It is usually published 30 days after the end of the quarter.

Prior to August 10th!

According to sources, the SLPP has put off naming their Presidential candidate to August 10 to check if Gotabaya Rajapaksa’s name would appear in the list and decide if the candidacy would be presented to him.

Following the June quarter list, the next one would be released for the quarter ending on September 30. This list would only be released in mid-October.

Therefore, if his name does not appear in the June list, then it is likely he will not be granted the candidacy, sources said.

Following the submission of documents to relinquish one's citizenship, he is subjected to interviews over the phone and in person. Thereafter, a background check of the person is carried out by the Internal Revenue Service and the Department of Homeland Security (DHS) before he is relinquished of his citizenship.

Furthermore, the section relating to the renunciation of citizenship abroad on the US State Department's website clearly states that "...the act of renouncing U.S. citizenship does not allow persons to avoid possible prosecution for crimes which they may have committed or may commit in the future which violate United States law, or escape the repayment of financial obligations, previously incurred in the United States or incurred as United States citizens abroad."

After the individual faces these interviews and is cleared by the respective state agencies, his name is added to the list after six months.

The US government also provides a certificate to such individuals after about a year once the above-mentioned interviews are carried out. However, according to sources, it is unlikely the US government will revoke his citizenship as there are two cases being heard against him in the US courts.