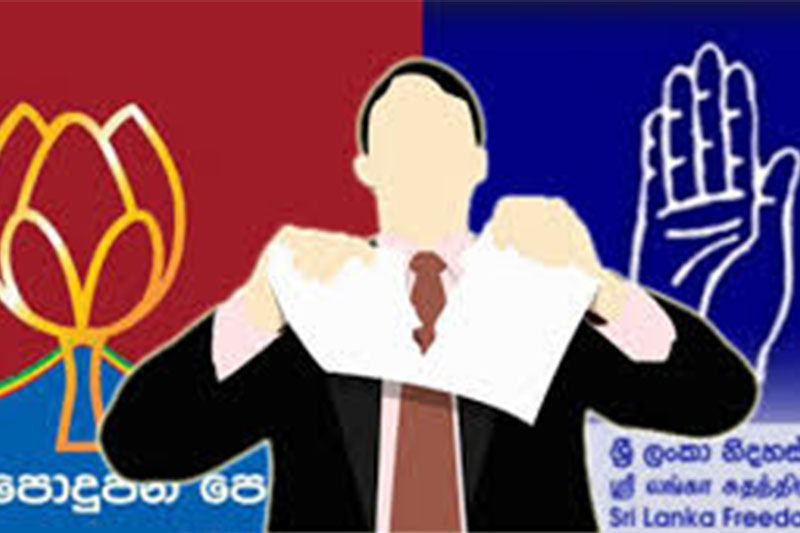 The SLFP and SLPP held six rounds of talks on forming an alliance and the final round of talks concluded with both sides unable to come to an agreement on the structure of the proposed alliance.

A senior SLPP member told The Leader that the party was not agreeable to give the lion share of the proposed alliance to the SLFP.

“In the past, the SLFP held the lion share of all political alliances formed by the party. But it cannot be so this time around,” the SLPP member said.

Meanwhile, SLFP General Secretary, MP Dayasiri Jayasekera says the SLFP was not prepared to support a candidate who would be fielded by the SLPP at the next presidential election without the consent of the SLFP.

He said that if the SLFP and SLPP were to work together at future elections, the candidate fielded by such an alliance should be done with the consent of both parties.

“Otherwise, we as a party will have to make a decision,” Jayasekera has said.

A few weeks back, the SLFP MPs handed over a letter to President Sirisena asking him to become the SLFP’s candidate at the next presidential election.

It is in this backdrop that SLPP loyalist, MP Prasanna Ranatunge has said to a Sinhala weekly newspaper that the Rajapaksa family has already decided to field former Defence Secretary Gotabaya Rajapaksa as the party’s candidate at the next presidential election.

He has further stated that the SLPP would stand to lose some of its votes if it were to form an alliance with the SLFP.