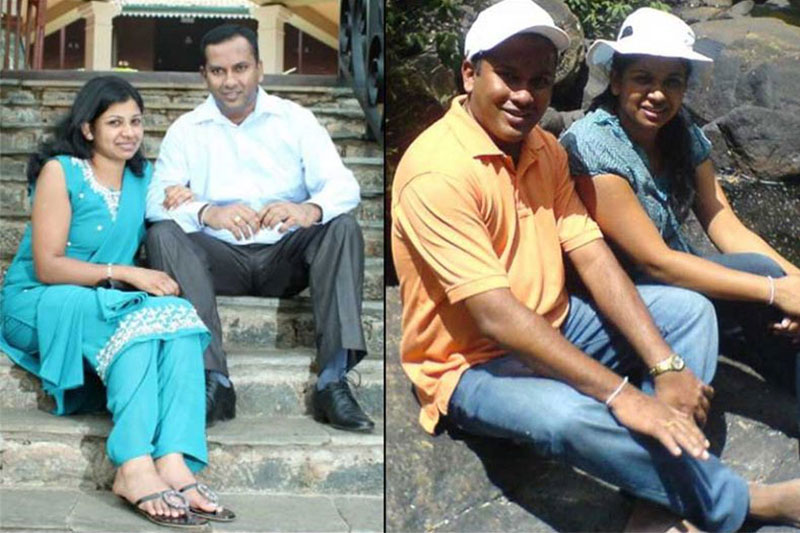 The Lawyers of Dr Shafi Shihabdeen is set to lodge a complaint with the Judicial Services Commission (JSC) against the Chief Magistrate of Kurunegala, Sampath Hewawasam, The Leader reliably learns.

Wife of Magistrate an opponent of Shafi!

The wife of the Magistrate identified as Dr. Hiroshini Hewawasam had been carrying out a campaign against Dr Shafi and his wife Dr Naseer Fathima Imara while her husband was presiding over the case creating a clear conflict of interest.

The lawyers representing the remanded doctor is also set to complain about the Magistrate’s behaviour when the case was called before the courts on July 11.

The lawyers are also hoping to bring to notice how the Magistrate had allowed for the Director of the Kurunegala Hospital to make a statement before the court despite him not being a complainant, victim or a defendant in the case.

While the CID has reported to courts that both Dr. Weerabandara, Director of the hospital and MP Rathana Thera has obstructed them from carrying out their duties, the attorneys representing Dr Shafi say it is disappointing that the courts have failed to take any notice or action in this regard.

A team of Doctors favoured by the Magistrate!

The lawyers are also planning to complain to the JSC on the Magistrate’s actions where he declared the investigations team appointed by the Ministry of Health as invalid and instead went on to name a different team of doctors.

The team appointed by the Ministry consisted of specialists and no party in the case had opposed their appointment and requested for a new team of investigators.

The Magistrate had also declared the order from a pre-prepared document which implies that he had already decided to strike off the earlier team prior to the case being heard. However, Lanka E News in its website notes that the Magistrate has no power to do so and amounts to serious misconduct on his part.

Both the Magistrate’s wife Dr Hiroshini Hewawasam and the Wife of Dr Shafi, Dr Naseera Fathima Imara are employed at the Kurunegala Hospital while the wife of DIG Kithsiri Jayalath who contributed to the Dinamina false news about Dr Shafi is also employed as a medical practitioner at the said hospital.

According to reports, the doctor wives of the Magistrate and the DIG have been harbouring a personal grudge against the wife of Dr Shafi.

Remanding even after charges were dropped :

When the case against Dr Shafi was taken up on July 11, the detention order had been withdrawn and the CID told courts that they have not been able to prove any allegation against the Doctor. However, the Magistrate took the unusual step of further remanding him.

He had been charged under the PTA and arrested by the Kurunegala Police and held on a 9-day detention order obtained from the Ministry of Defence. The CID conducted investigations for nearly one and a half months on the case.

However, the CID said they have not been able to find any evidence to prove the allegations against the Doctor and that it was illegal to arrest him under these allegations according to the B report submitted by the CID to courts on the day.

“Taking the above facts into consideration suspect Dr Shafi is being held under 1979 No. 48 Prevention of Terrorism Act Section 9(1) since 2019.05.27 on a 90-day detention order. It is unjustifiable to hold the suspect under this law any further for investigations. We will inform the State Minister of Defence in this regard and take necessary action,” the CID said.

After that, on July 11, the CID reported to courts that the detention order on Dr Shafi had been withdrawn.

“Since we did not find any evidence to prove the allegations against Segu Shafi Shibadeen who is being held under 1979 No. 48 Prevention of Terrorism Act Section 9(1) since 2019.05.27 Senior DIG CID reporting to the Secretary of Defence on 2019.07.05 requested the DO taken under  MOD/LEG/PTA/234/19 to be removed,” the CID said.

The CID reported to courts that the detention order was withdrawn by Minister of Defence, President Maithripala Sirisena and that charges against him under the PTA have been dropped.

They also told the court they are trying to ascertain if any of the allegations are true based on the complaints through witness accounts and scientific examinations. In other words, when he was arrested he was not taken in as a suspect as there was no evidence against him. For example, if a person is arrested for murder, then it must be proved that a person has in fact been killed. So if Dr Shafi was to be arrested under Section 311 of the Penal Code, then it should have been proved that damage had been caused to the fallopian tubes of his patients. Then it should have been ascertained the damage was caused by Shafi. If not, the doctor cannot be arrested.

Meanwhile, the CID on July 11 also noted that Ven. Rathana Thera had threatened CID officers while Dr. Weerabandara had obstructed the duties of the investigating officers.

In the B report the CID presented, they noted that on June 6 when the case was called before the courts during the break granted at 1.30 pm, CID’s ASP B.S Tissera was leaving courts when Rathana Thera had passed him, stopped and glared at the officer, pointing the index finger stating that “the whole world is watching this case” in a threatening manner.

Tissera had then informed his superiors. The CID said it would seek the advice of the AG regarding the incident as it was a clear act of intimidation under the Witness Protection Act.

The CID has also requested the Magistrate to order Hiru TV network to provide unedited footage and a statement regarding comments made by Rathana Thero in front of the Kurunegala Magistrate’s Court on June 27, 2019.

During his speech, the prominent Buddhist monk made remarks about the ongoing case claiming it was biased and also about ASP Tissera, the request made in the July 1 B Report submitted to court noted. The CID said it needs to investigate if the comments made will negatively affect the investigations into the case.

The CID told the Magistrate last week that Dr Weerabandara, whose specialty is dentistry, had obstructed the Police officers from carrying out their duty as per court orders.

“The court had allowed for doctors and nurses of the hospital to provide statements to the investigators voluntarily. Accordingly, the CID had wished to obtain statements from three specialist doctors for their investigations. However one doctor, Dr. Priyanthi Ratnayake had inquired if the CID can visit the Hospital to obtain the statement as the date given was a clinic day. When IP Ilangasinghe of the CID had visited the hospital on July 3 with a copy of a letter sent by the CID to the Director on July 2 requesting the statement to be recorded, the Director had refused to allow the doctors to provide statements. He had taken offence to part of the letter presented by the CID officer,” the B report stated.

In a bizarre twist, the CID B report also reveals that the official court record from June 27 does not include a statement made by the Director of the Kurunegala Hospital, Dr Weerabandara. Despite objections raised by the CID and Dr Shafi’s counsel that the Director had no standing in the case, he was permitted to make submissions in the Magistrate’s Court. The CID B report noted that statements made on June 27 by Dr Weerabandara claiming that the medical tests on women making allegations against Dr Shafi could lead to cancer or death were false based on expert opinion, the department’s investigators had gathered.

However, the CID B report said that when they went looking for the official record of Weerabandara’s statements, the Court Registrar had said she had made inquiries from the Court stenographer who claimed the statements by Dr Weerabandara had not been included in the record on the instructions of Magistrate. The CID has put in a request for a certified copy of the full court transcript from June 27.

It was the Magistrate himself that had allowed Weerabandara to make the statement despite him having no standing in the case and despite the CID objections noting that Weerabandara is a dentist and has no expertise in Gynecology.