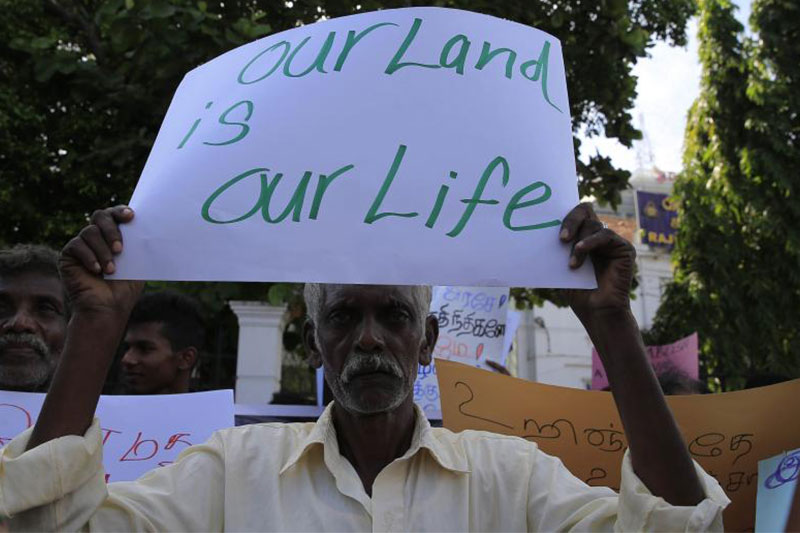 The government is to release the land around a palatial building constructed by former President Mahinda Rajapaksa in the Northern Province during his regime, as part of the ongoing programme to return civilian lands to the public. Northern Province Governor Dr. Suren Rāghavan has made this revelation to the English weekly, The Sunday Morning.

Dr. Rāghavan has explained that families who had to vacate their land in the area during the war were taken to the area for them to identify their properties. The Surveyor General will measure the land and the process will progress to the next step before the land is handed back to the rightful owners.

“Since the palace is already constructed, we will not demolish that. But we will release the remaining land,” the Governor has said.

The ‘palace’ is located on a 100-acre plot of land in Kankesanturai in Jaffna.

However, in 2015, Rajapaksa had denied claims that the construction in Jaffna was a presidential palace and that the building was to be an international relations centre which was to be operated under the Presidential Secretariat to host foreign dignitaries visiting the North.

Dr. Rāghavan has noted that he has proposed the building to be converted into a boutique hotel to earn revenue for the Government.

“We need money. So I proposed that we convert this into a hotel,” the Governor has noted.

He has said the hotel can be used to promote tourism in Jaffna which would then bring in more investments to the area.

The Northern Province Governor has said that latest data showed that nearly 20,000 people in the North were facing land issues.

He has further noted that the military occupation of private land is compounding the land issue in the North.

According to Dr. Rāghavan, the authorities had launched a process to release private land, but the process had stalled following the Easter Sunday attacks.

However, he has added that the process to return private land in the North will resume this week.