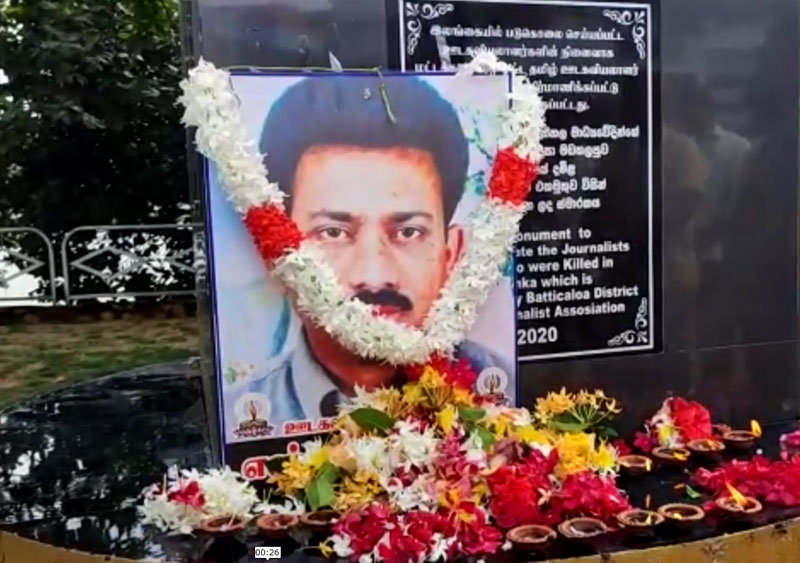 Slain Tamil journalist Subramaniyam Sugirdharajan has been remembered in Trincomalee on his 17th death anniversary.

On January 24, tributes were paid to the late correspondent for ‘Sudar Oli’ and ‘Udayan’ at a memorial in front of Gandhi Park for murdered media personnel.

Sugirdharajan was gunned down near his home on January 24, 2006, just two weeks after he carried pictures in ‘Sudar Oli’ of six schoolboys murdered in Trincomalee.

According to Journalists for Democracy – Sri Lanka, a vast majority of a total of 44 journalists killed during 2004-2010 were from the northern and eastern provinces.