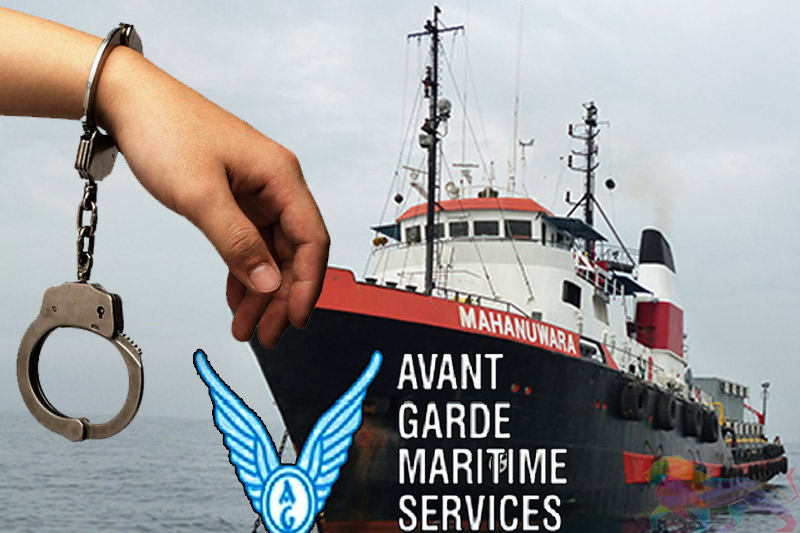 Former Chairman of the Rakna Lanka Security Company Victor Samaraweera was taken into custody today after he surrendered to the Criminal Investigations Department (CID).

Samaraweera is a suspect of the controversial Avant Garde Case. He was arrested after the Attorney General's Department directed the CID to arrest eight suspects in connection to the case including Chairman of Avante Garde Maritime Services Company, Nissanka Senadhipathi last week.

The Attorney General Dappula De Livera had also instructed the CID to present an updated report of the arrests to the Department today. However, the CID has only been able to arrest Samaraweera since with the whereabouts of some suspects remain a mystery leaving the CID to hunt down seven more suspects.

However, according to the CID two of the suspects, Senadipathi and Diyabalanage had left the country shortly before the Attorney General had ordered their arrests. The Investigators had informed De Livera that the duo had bolted and is now in Singapore.

Meanwhile, it is unclear if the CID will also be able to arrest the Former Additional Secretary to the Ministry of Defence Damayanthi Jayaratne who is also on the list of suspects in connection to the high profile money laundering and illegal weapons smuggling investigation. Jayaratne had fled the country early as 2015. She is believed to have joined her family in New Zealand and is currently residing there.

The whereabouts of Saman Dissanayake yet another suspect and the current Secretary to the National Police Commission is also unclear. According to a Local English weekend newspaper, Dissanayake had visited the NPC on Friday but had left in a hurry. He has been unreachable on his mobile since. Rumours had been floating that Dissanayake had fled the country as well.

The suspects are facing charges under the Firearms Ordinance and Explosives Act in relation to 813 unlicensed automatic weapons and 200,935 live ammunition found on Ship M.V. Avant-Garde. In addition to this three of the suspects, namely Senadhipathi, Premachandra and Saman Dissanayake stand accused of falsifying evidence for which they face charges under the Penal Code.

The Avant-Garde case is one of the biggest corruption investigations the CID and the AG have been dealing with since the fall of the Rajapaksa regime in 2015. Former Defence Secretary Gotabaya Rajapaksa is also facing separate corruption charges under the Bribery Act, for causing losses to the state to the tune of Rs 11.4 billion.