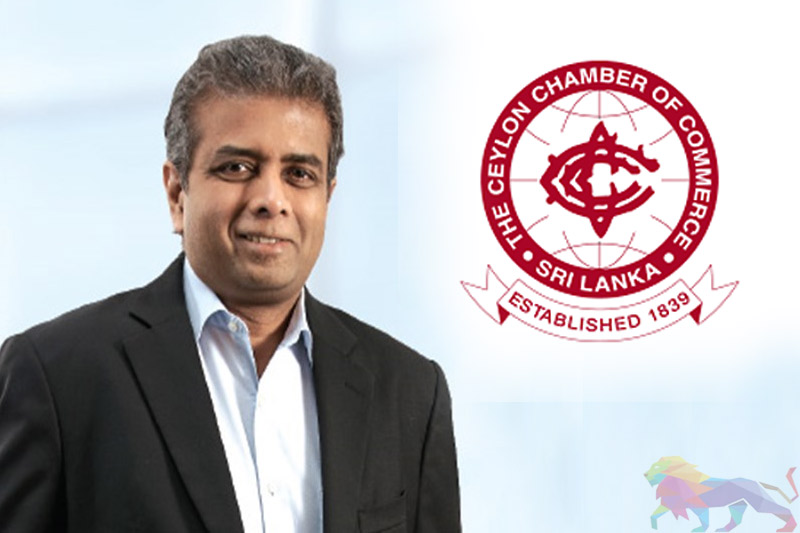 Chairman of the Ceylon Chamber of Commerce (CCC) Dr. Hans Wijayasuriya has come under fire for his alleged

attempt to carry out a political agenda using the CCC over the statement issued by him through the Chamber calling on the government to be more transparent on the Status of Forces Agreement (SOFA) and the Millennium Challenge Corporation (MCC) Agreement with the United States (US).

The Prime Minister’s Office in a written response to the statement has stated, “politicization of this reputable business conglomerate under your recent assumption of leadership is to be much regretted”.

The CCC Chairman in his statement had expressed concerns on the consequences surrounding the proposed SOFA and the MCC Agreement with the US.

Ekanayake has stated that the Prime Minister’s Office was perturbed by the “CCC’s ignorance” on the contents of the SOFA and the MCC.

“You have also been informed of the specific projects coming within the MCC as per the development plan. As you are aware, these projects were proposed by the Government of Sri Lanka. The US Government provided US $490 million as a grant. After the signing of the compact it had to be presented to Parliament for legislative approval - a legal procedure that is followed in the USA and some continental European countries.

According to the Standing Orders of Parliament, this compact will be reviewed by the Oversight Committee and will be open to the interested parties,” Ekanayake has stated in the letter.

Referring to the SOFA, Ekanayake has stated that there is no such proposal forwarded by the Defence Ministry to the Cabinet.

He has further noted, “While appreciating the opportunity to reiterate these facts pertaining to these matters, the Prime Minister is also somewhat surprised that the CCC which has been a stakeholder participating in the process is now claiming ignorance. In his view, this brings up the question of your own motives and credibility in following the line taken by certain political parties with their own political agenda for elections.”

Ekanayake’s letter to the CCC Chairman has also contained attached annexures detailing the contents of the MCC. 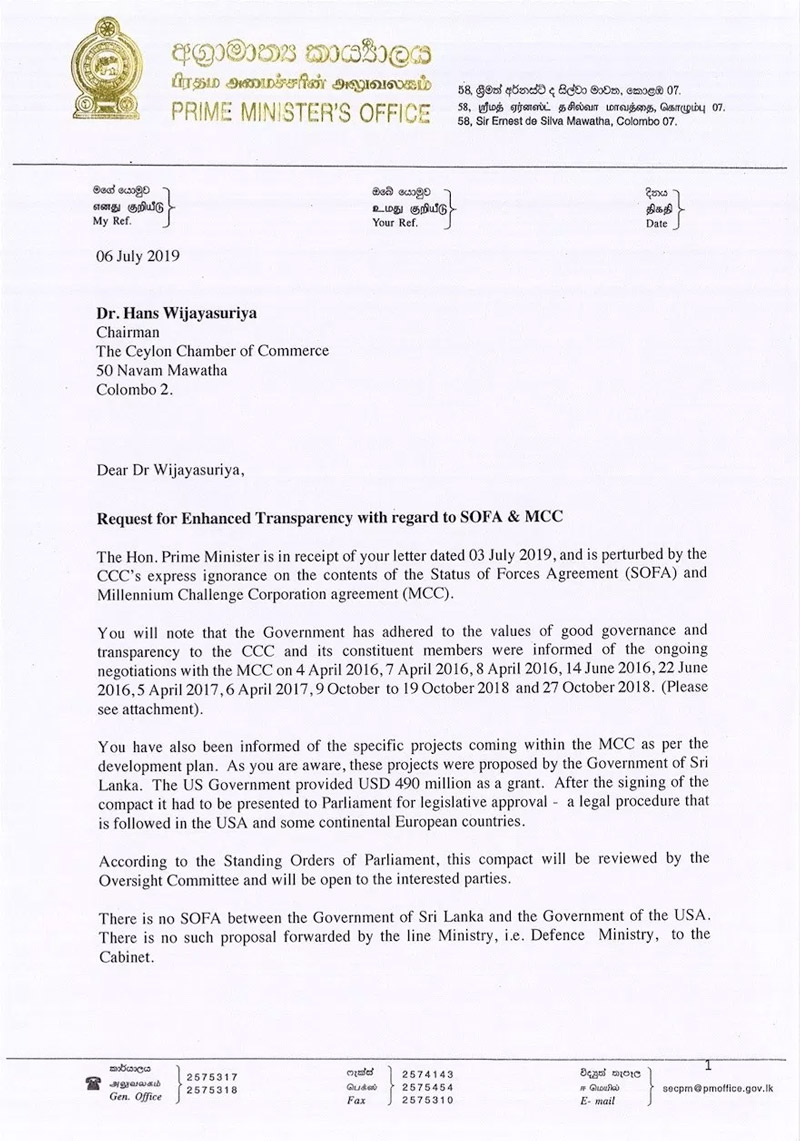 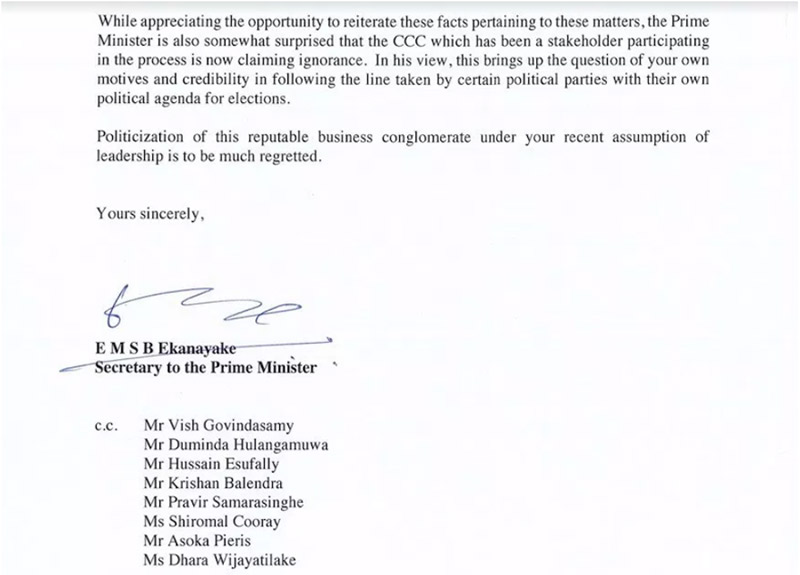