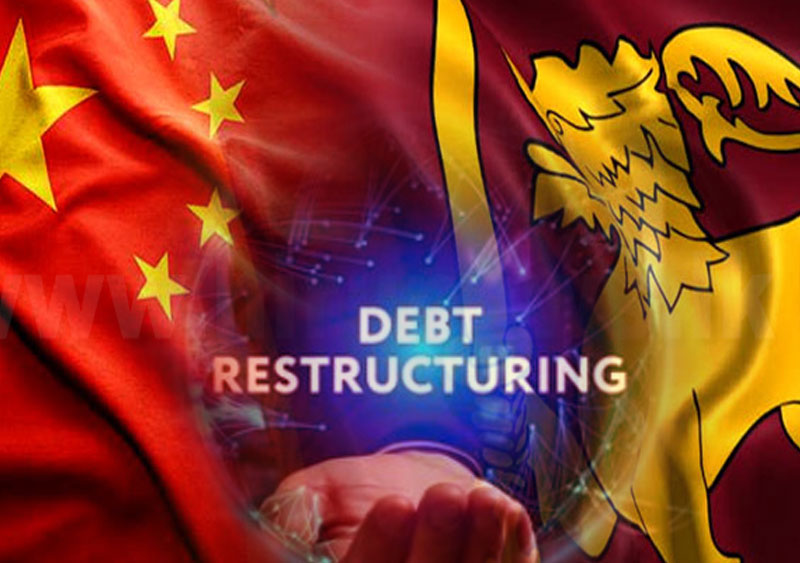 China has given debt-ridden Sri Lanka the financing assurances required by the IMF to unlock a USD 2.9 billion bailout package for the country.

It comes days after India strongly backed the island nation's efforts to secure the loan from the global lender to recover from its worst-ever economic crisis, NDTV reports quoting PTI.

The report was confirmed by Sri Lankan officials who did not want to be named.

The Chinese response came close on the heels of India stepping in first to issue the necessary assurances last week.

India's ministry of finance last week issued a letter to the IMF to confirm its support to Sri Lanka on the issue of debt restructuring, ahead of the visit by the external affairs minister S. Jaishankar to Colombo which concluded on Friday.

Jaishankar during his visit also announced that India has given the required assurances to Sri Lanka for the bailout package.

Sri Lankan officials said that China had agreed to a short-term suspension of what Sri Lanka owed and expects Sri Lankan creditors to get together to work out the medium and long-term commitments.

By the end of June 2022, Sri Lanka owed nearly USD 40 billion to bilateral, multilateral and commercial loans, according to the figures released by the Treasury.

Sri Lanka in April declared its first-ever debt default in its history as the economic crisis triggered by forex shortages sparked public protests.

Months-long street protests led to the ouster of the then president Gotabaya Rajapaksa in mid-July. Rajapaksa had started the IMF negotiations after refusing to tap the global lender for support.

With assurances from creditors, the 2.9 billion dollar facility could get the IMF board approval in March, officials said.

Sri Lanka has introduced painful economic measures such as tax hikes and utility rate hikes. Trade unions and opposition groups have organised protests against such measures.

The IMF bailout has been put on a halt as Sri Lanka pursues talks with creditors to meet the global lender's condition for the facility to help it get through its worst economic crisis since independence in 1948.

The IMF facility would enable the island nation to obtain bridging finance from markets and other lending institutions such as the ADB and the World Bank.