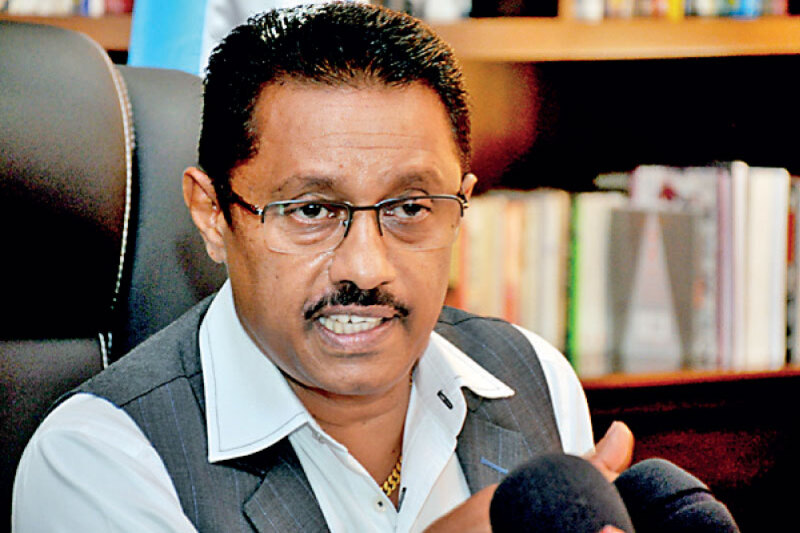 Public Utilities Commission chief Janaka Ratnayake said today (20) that he would personally initiate legal action within two days against a decision by the three remaining members of the commission to implement a cabinet proposal to raise electricity tariffs.

Ratnayake told the media that he has received their written intimation, that incidentally came after president Ranil Wickremesinghe met his deputy chairman Udeni Wickremasinghe and members Mohan Samaranayake and Chaturika Wijesinghe at the Presidential Secretariat yesterday.

That meeting was followed by a discussion two hours later with the National Council, where rest of the commission members claimed a rejection of the cabinet decision was made without their knowledge.

The PUCSL chairman said he received no invitation to attend the meeting convened by the president.

The call by the three members to implement the tariff increase promptly was completely against the Electricity Act of 2009 and an independent commission coming under political pressure like this was entirely unacceptable, said Ratnayake.

The three members were informed at a meeting on January 12 that the cabinet decision could not be accepted and they never spoke against it since, he added.