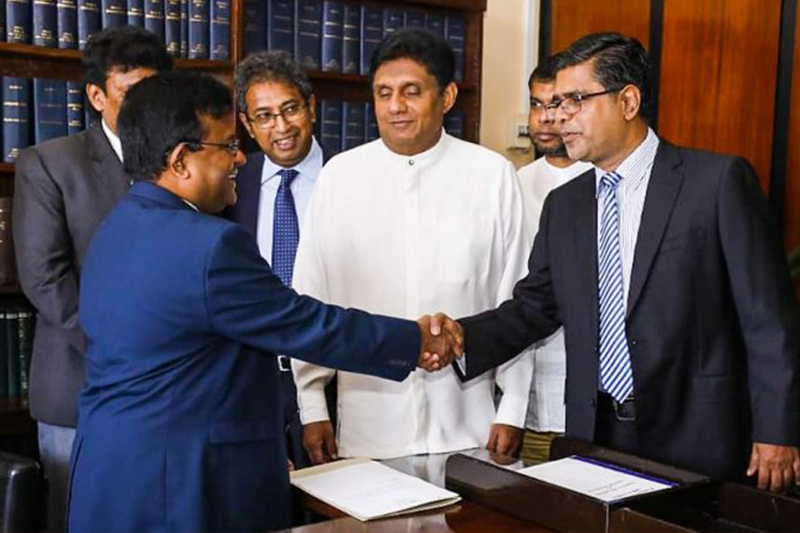 SJB’s Mujibur Rahman quitted his parliamentary seat this morning (20) in order to be the party’s mayoral candidate for Colombo.

Informing the House about his resignation, Rahman thanked the more than 84,000 voters who re-elected him to parliament and said he fearlessly appeared on behalf of the entire public.

He urged the government to hold the local government polls as planned and to show commitment to the democratic rights of the people.

Opposition leader Sajith Premadasa who accompanied him, extended his warm congratulations for his certain victory at the LG polls.

Meanwhile, former minister A.H.M. Fowzie is expected to be appointed to the parliamentary seat left vacant by Rahman.

Fowzie polled 48,000 preferential votes to be the SJB’s unsuccessful candidate with the highest number of votes in Colombo at the last general election.