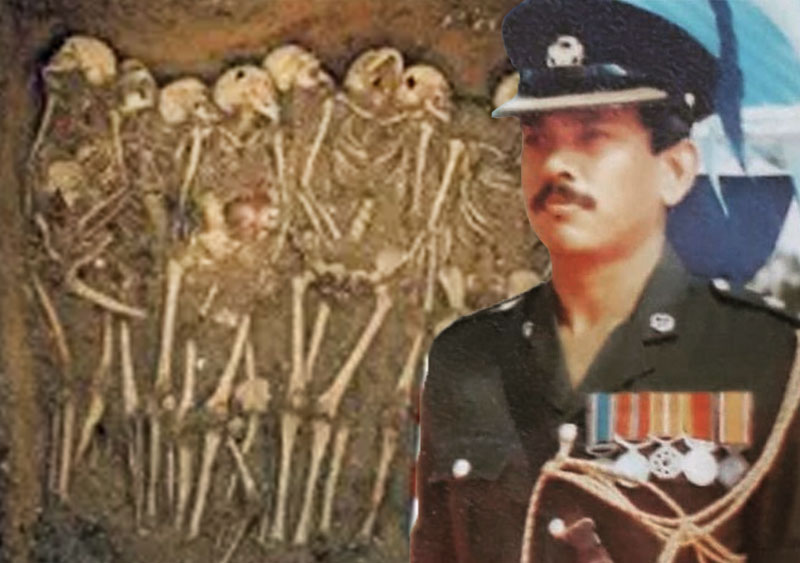 Four UN affiliate agencies have sent a confidential letter to president Ranil Wickremesinghe with regard to enforced disappearances in Matale during the JVP uprising in the late 1990s.

They called for action within two months, failure of which has now resulted in the letter dated November 08 last year being made public.

They drew attention to “alleged enforced disappearances, arbitrary detentions, torture, and extra-judicial killings, reportedly committed by government security forces between May 1989 and January 1990, in the Matale District, in the context of the Janatha Vimukthi Peramuna uprising.”

“The allegations received also refer to a complete lack of accountability and judicial action against the state authorities identified as the main perpetrators of the violations committed.”

In the published version, individual names were redacted but this was about the area where the future defence secretary and president Gotabaya Rajapaksa led the military.

Lieutenant colonel Rajapaksa was the coordinating officer of Matale in the period in question, during which more than 700 persons had reportedly gone missing.

Meanwhile, head of an association of families of the disappeared, Britto Fernando, has demanded the government restart the probe into the Matale mass grave, based on a detailed report compiled by Journalists for Democracy – Sri Lanka and ITJPSL.

That report too, has highlighted Gotabaya Rajapaksa’s role and military coordinator in the area in 1989. 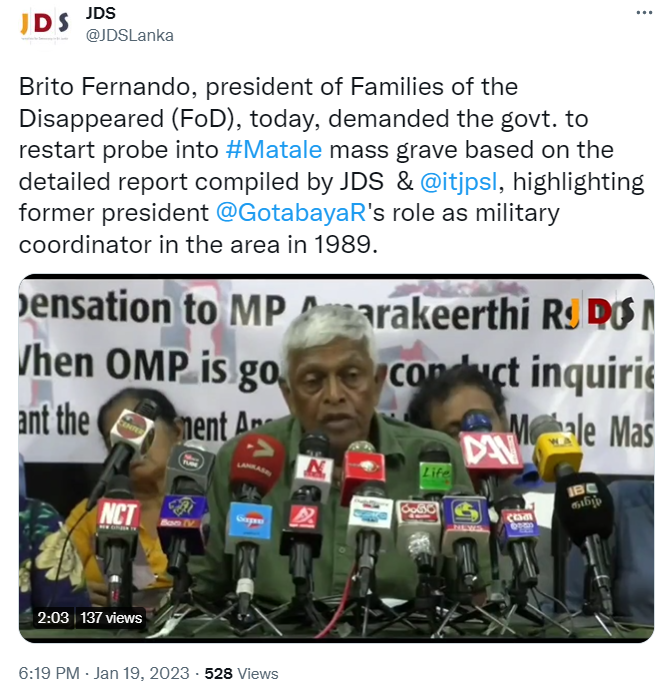