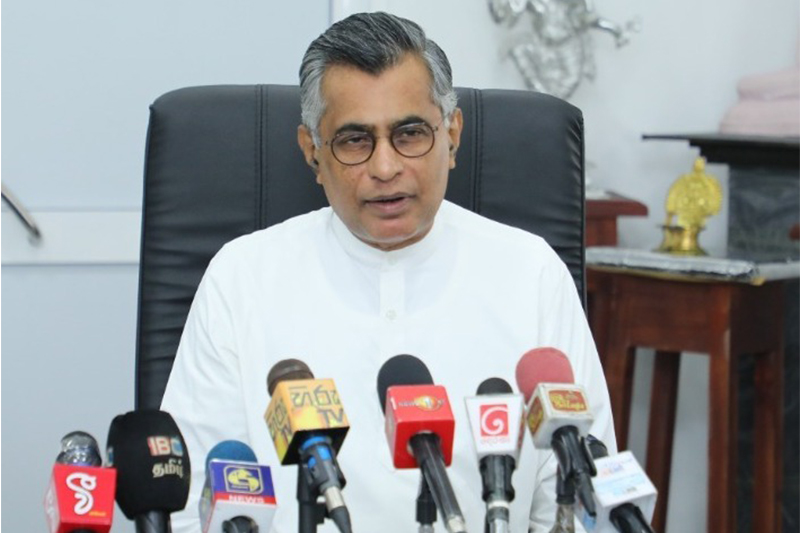 The approval for Sri Lanka’s USD 2.9 billion bailout from the International Monetary Fund (IMF) is unlikely to be finalised by March despite assurances given by the government, the Leader of the 43 Brigade MP Patali Champika Ranawaka said.

“The government said that the discussions with the IMF will be concluded before December. This meant that we had reached a  staff-level agreement. They said approval of the package by the IMF Board of Directors will be reached in December. Then they said they will get it by March but according to the developments we have now, approval of the IMF Board of Directors is unlikely to be received by March," Ranawaka said speaking to reporters yesterday (16).

"There have been many opinions about Sri Lanka's debt restructuring. I saw that the US Ambassador had blamed China as a “spoiler” to Sri Lanka's negotiation with the IMF. At the same time, 182 economists and development experts from around the world said that some of the world’s most powerful hedge funds and other investors from the West are holding up vital help for Sri Lanka by their hardline stance in debt-relief negotiations. There is a blame game going on. Even if we are able to finalise the debt restructuring process and the IMF funds kick in, we won't see an end to our issues unless the country moves ahead on a correct economic path.

The President and the government must deal with three main stakeholders i.e. China, Japan and India. Those three countries are essential for us. Therefore, if we immediately reach an agreement on debt restructuring with these three countries, we can also deal with multilateral institutions like the World Bank, Asian Development Bank and Asian Infrastructure Investment Bank. Therefore, we must come to an agreement with these countries soon."