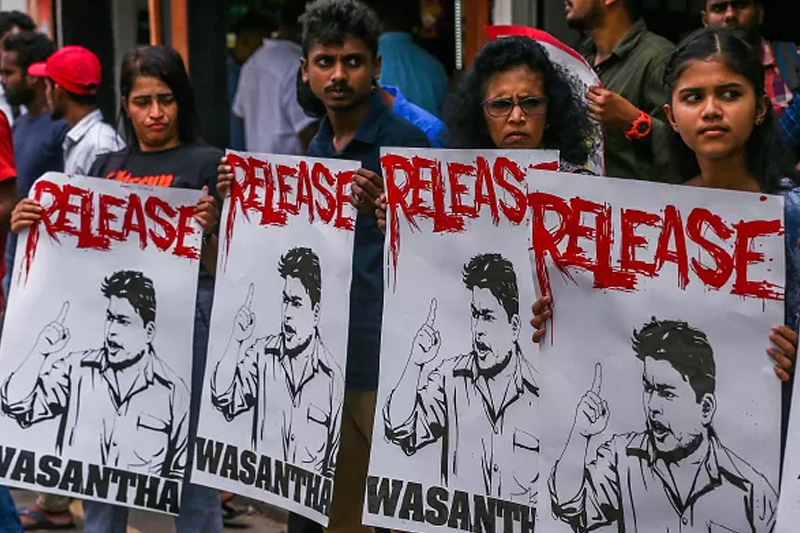 January 16 marked 150 days since IUSF convener Wasantha Mudalige was arrested and sent behind bars under the PTA.

The IUSF and several other groups protested in Colombo yesterday to demand his release.

A protest march by them came under water cannon and teargas fire.

In a statement, they said the government should immediately end the arbitrary detention of Mudalige.

“The abuse of counterterrorism legislation to arbitrarily detain a student activist involved in nonviolent protest has a chilling effect on the rights to freedom of expression, association and peaceful assembly.”

President Ranil Wickremesinghe has called anti-government protesters “terrorists” and “fascists,” and threatened to renew a state of emergency and redeploy the military if fresh protests emerge amid the ongoing economic crisis.

The authorities have continued to pursue other activists alleged to have participated in the 2022 protests, the seven groups said.

“The Sri Lankan authorities should immediately impose a moratorium on the use of the PTA, and promptly repeal it,” they said.

They also said that the government should fully respect the rights to freedom of expression and peaceful assembly. 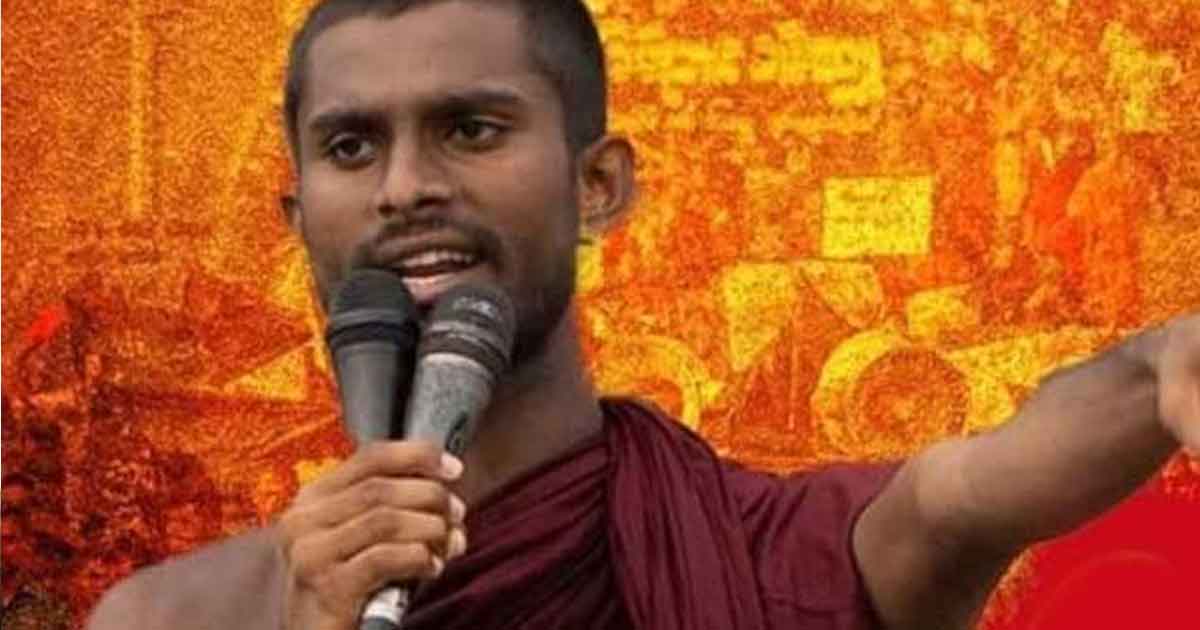 Meanwhile, IUBF convener Ven. Galwewa Siridhamma Thera said they did not fear the government repression against student activists and protestors.

Acting convener of the IUSF Terrance Rodrigo questioned the basis for Mudalige’s detention for five months by terming protests as an act of terrorism.

Campaigns are continuing to demand Mudalige’s freedom, with the signing of 1,000 affidavits taking place at Galle Face green. Mudalige and 18 others were arrested by the police during a protest by the IUSF in Colombo on August 18, and 15 of them were given bail.

Another was freed 50 days later, but Mudalige and Ven. Siridhamma Thera remained in detention for 90 days on a presidential order.