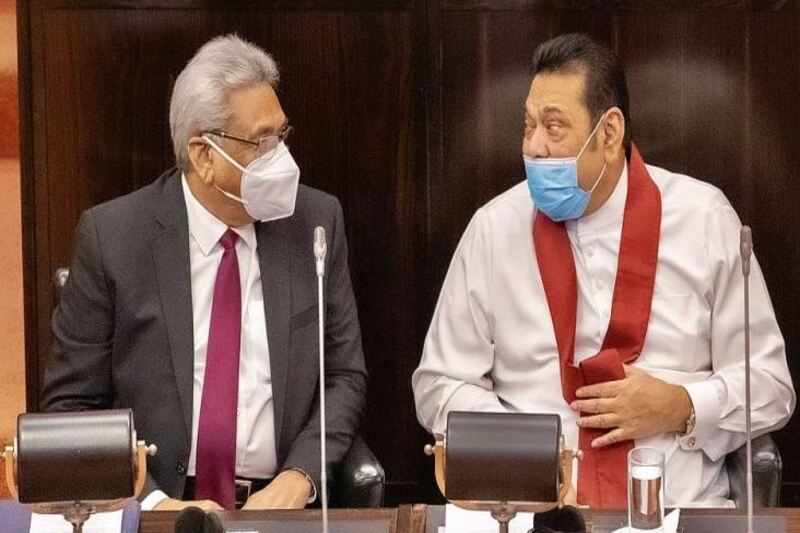 Canadian Minister of Foreign Affairs Melanie Joly, announced on January 10, 2023 that Canada was imposing sanctions under the Special Economic Measures Act against Mahinda Rajapaksa and Gotabaya Rajapaksa, for gross and systematic violations of human rights during the armed conflict in Sri Lanka.

Issuing a statement, the GTF said:

"GTF congratulates and appreciates the actions of the US and Canadian governments and for standing up for justice, rule of law and democratic principles including accountability. GTF is also grateful to all concerned including political and non-political persons and organisations, human rights activists in Sri Lanka and overseas, Tamil diaspora organisations and many others who are working very hard for justice for victims of war.

Clearly a pattern is emerging. After more than a decade of inaction by the Sri Lankan authorities to address war time accountability, the international community is starting to take unilateral initiatives. But what distinguishes the Canadian action is the inclusion of Mahinda Rajapaksa and Gotabaya Rajapaksa in the list. They were the President and the Defence Secretary during the last phase of the war (which ended in May 2009), with command responsibilities.

Sri Lankan civil war was one of the most brutal in the recent history, with UN reporting killings of 40,000 to 70,000 civilians in the last phase alone (other estimates place much higher figures), which was attributed mainly to the brutality of Sri Lanka’s military strategies, and unlawful killings and disappearances.

The Canadian Foreign Minister was emphatic, stating “These sanctions send a clear message that Canada will not accept continued impunity for those that have committed gross human rights violations in Sri Lanka.” Undoubtedly, the walls of impunity Sri Lanka painstakingly built around its leaders have started to crumble.

The timing of the sanction appears to reflect the lack of faith on the new Wickremesinghe Administration to reverse course (from that of its predecessor) on human rights and accountability. Human Rights Watch in its latest World Report (Jan. 12, 2023) argued that ‘the change of Presidents of Sri Lanka in 2022 did not lead to any improvement in the country’s human rights record”, further reinforcing the hopeless situation the country finds itself in.

It is important to highlight the plight of many victims and their families who have been waiting for more than thirteen years without accountability or justice, and the many who have passed on without knowing what happened to their loved ones. The Canadian action provides a sense of relief and perhaps even hope that justice may one day be possible.

Equally important is the message the Canadian sanction conveys to the people and leaders of Sri Lanka – hoping that with diversionary and delaying tactics the accountability concerns will disappear over time is doomed to fail and the better course of action would be to deal with the past openly and honestly, to build a strong and prosperous country for all its communities.

Canadian action also sends clear warning signs to many political and military leaders across the world that serious human rights abuses and unaccountable governance practices will have consequences – irrespective of the time it takes or the high positions the concerned individuals may have occupied.

Respect for human rights and effective universal accountability mechanisms are fundamental building blocks for a rule based world order and green shoots appearing across different countries in this regard provide hope for the emergence of a more decent world in the future.

It is in this context that the Global Tamil Forum (GTF) welcomes the historic decision by the Canadian government to sanction two former Sri Lankan Presidents, and calls upon other progressive countries, including India, the US, EU, UK, South Africa, Singapore, Malaysia, Mauritius, Australia and New Zealand, to consider appropriate actions that will resonate with the Canadian initiative."