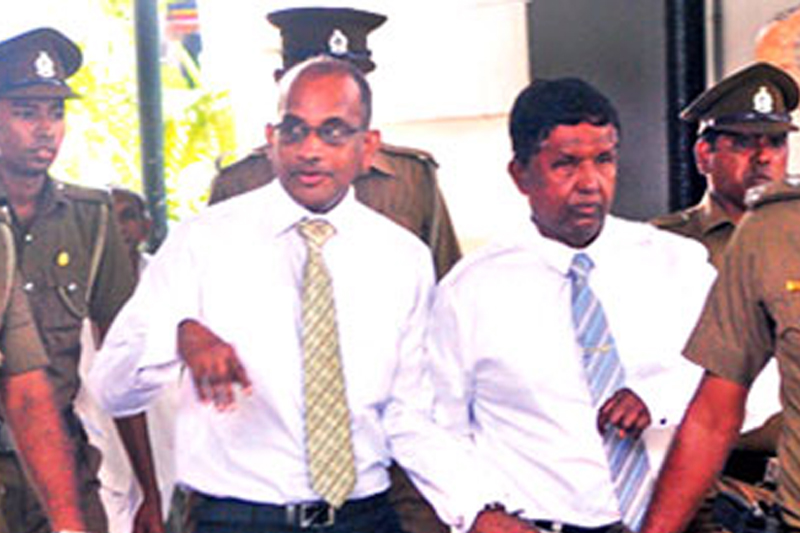 The Supreme Court today (11) upheld the verdict issued by the Colombo High Court Trial-at-Bar on former President Maithripala Sirisena’s Chief of Staff and the former Chairman of the State Timber Corporation (STC), and confirmed their jail sentences over charges of accepting a bribe of Rs. 20 million.

Accordingly, the Supreme Court of Sri Lanka upheld the verdict issued by the High Court Trial-at-Bar, and confirmed the jail sentence on former President’s Chief of Staff, K. Mahanama and former STC Chairman P. Dissanayake, who were found guilty of accepting a bribe of Rs. 20 million from an Indian businessman.

The former presidential chief of staff was sentenced to 20 years rigorous imprisonment, fined Rs. 65,000 and a penalty of Rs. 20 Million on 19th December 2019 after being found guilty of soliciting a bribe of Rs. 100 million and accepting Rs. 20 million from that as an advance.

The former STC chairman was also found guilty in the same bribery case and was sentenced to 12 years rigorous imprisonment and imposed a fine of Rs. 55,000.

They were arrested on 03 May 2018, while accepting Rs. 20 million in marked currency notes as a gratification from an Indian citizen, who is a businessman and investor who had visited Sri Lanka over an investment opportunity in the Kantale Sugar Factory.