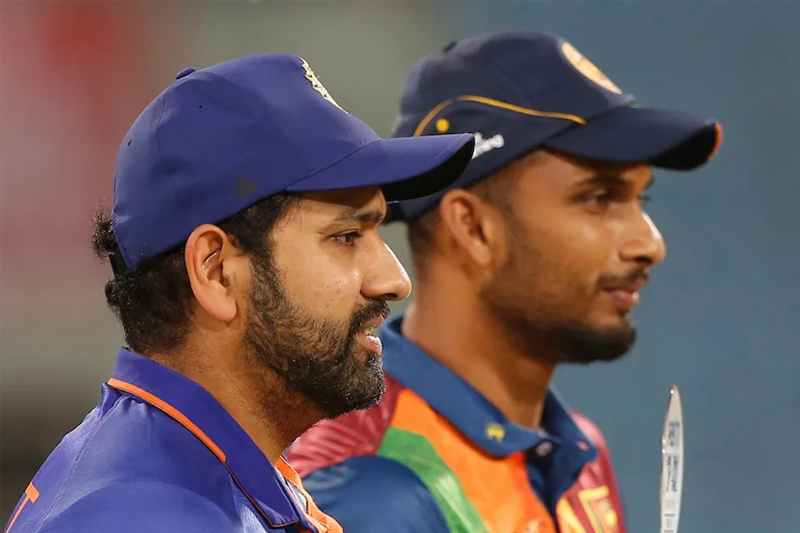 With the 2023 World Cup preparations entering its final stages, hosts India have a lot of firming up to do and a problem of plenty at hand as they take on gutsy Sri Lanka in a three-match ODI series beginning Tuesday (10).

Sri Lanka have a fairly similar squad from their 2-1 T20I series loss for the upcoming one-dayers and would hope to replicate their performances in the longer format. Barring the series decider in Rajkot, the visitors put up a tough fight in the T20Is when they came within striking distance of clinching the Mumbai game before actually pipping India by 16 runs in Pune to draw level.

More of such competitive performances against India could give them the much-needed morale boost before they take on an already-qualified New Zealand in their last bid to snap the last-remaining automatic qualification berth for the World Cup, in March. With 77 points in 7 wins and 12 losses in the ongoing Super League, Sri Lanka are currently placed ninth - just outside of the qualification bracket.

Evidently, the format hasn't lately been their strong suit and against a near-strength India side, the task would be more daunting. As such, Sri Lanka would depend on their in-form opener Pathum Nissanka to provide more stability at the top in the 50-overs format, and their captain Dasun Shanaka to lead by example once again.

A big miss on Sri Lanka's part has been the absence of Bhanuka Rajpaksa despite his exploits in the shortest format and on Indian tracks in the IPL. The tourists though have strengthened their bowling by handing a recall to legspinner Jeffrey Vandersay who can be quite handy in these conditions.

On the eve of the series opener on Monday, the Indian team management took the call to not rush Jasprit Bumrah's comeback just yet on a precautionary note. The pace spearhead, who has been out of action since September last year, hadn't even made it to Guwahati - the venue for the first ODI. Among those who have, the focus now shifts to the remaining bunch of seniors who are on comeback trail - skipper Rohit Sharma, Virat Kohli and KL Rahul - and the changes it brings to how India's top-order shapes up for the marquee event in October-November.

While Kohli and Rahul were rested, Rohit's thumb injury during the ODI leg of last month's tour of Bangladesh has seen him out of action for the two subsequent Tests and the just-concluded three-match T20I series against the islanders at home. It presented an opportunity for Ishan Kishan, who grabbed it with both hands by notching up a double century to push for a World Cup berth.

Even though his left-handedness and wicketkeeping credentials add a lot of weightage to his case - what with India dropping Shikhar Dhawan from their plans and a question mark looming over Rishabh Pant's comeback post accident - India have confirmed Shubman Gill as their second opener.

By extension this nails down the frontline keeper's slot for KL Rahul despite his slightly wayward form of late, meaning the only middle-order conundrum for now is to pick one between the in-form duo of Suryakumar Yadav, who just hacked his third T20I century in under seven months, and the returning Shreyas Iyer.