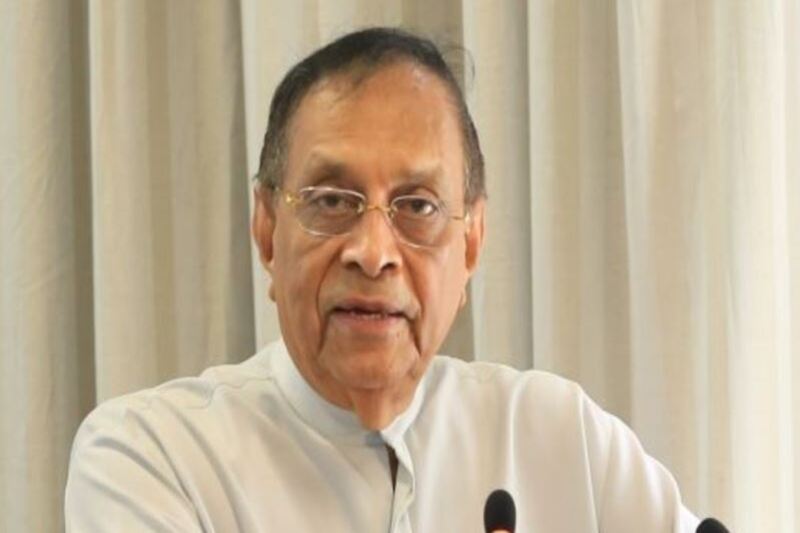 Pointing out that the country's forest density which was 29% in 2019 has fallen to 16% today due to the decisions taken by the former administration, the National Movement for Social Justice (NMSJ) urged the Government to immediately address the serious environmental crisis that has emerged in Sri Lanka.

In a statement, NMSJ President Karu Jayasuriya observed that in addition to the serious economic and political crisis that Sri Lanka is currently facing, it must be understood that the country is also facing a very serious environmental crisis.

"The country's forest density, which was 29% when Mr. Gotabaya Rajapaksa was elected as the President in 2019, has fallen to 16% today due to the decisions taken by that regime with a cruel attitude towards the environment.

It is the responsibility of the society to ensure that its negative consequences are not inherited to the future generations of the country.

The seriousness of this issue can be understood by the fact that at least one elephant is dying every day at present and a total of 395 wild elephants have died in the year 2022 alone. The most tragic situation is the thousands of human lives that the nation has lost in the past due to the human-elephant conflict.

This situation is rapidly turning into a huge crisis, not only in the helplessness that we have as a country in the face of polluted air that enters our country through other parts of the world, and the harmful gases leaking into the environment.

The food crisis that may arise due to the impact on the agriculture sector will be the most serious threat we will have to face.

As the NMSJ, we have already drawn the Government's attention to this huge danger and we expect that the steps planned as informed to us by President Ranil Wickremesinghe will be taken at the earliest possible."