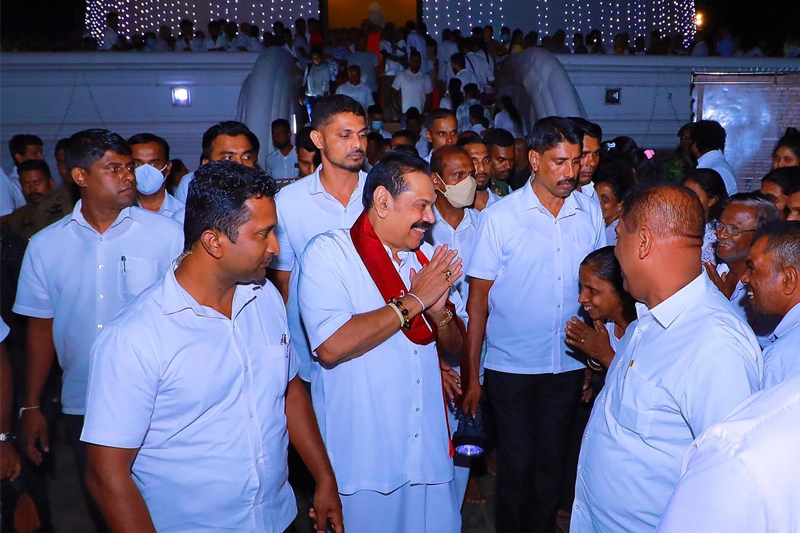 The Sri Lanka Freedom Party (SLFP) last night (31) held a religious activity in Kataragama for the 60th time to invoke merits on its founder the late S.W.R.D. Bandaranaike and the late Sirimavo Bandaranaike.

A sermon was preceded by an illumination of Kiri Vehera that was switched-on by a former leader of the party, Mahinda Rajapaksa.

Amaraweera and the party’s general secretary Dayasiri Jayasekara were recently involved in a verbal exchange over the right to organize this religious activity. 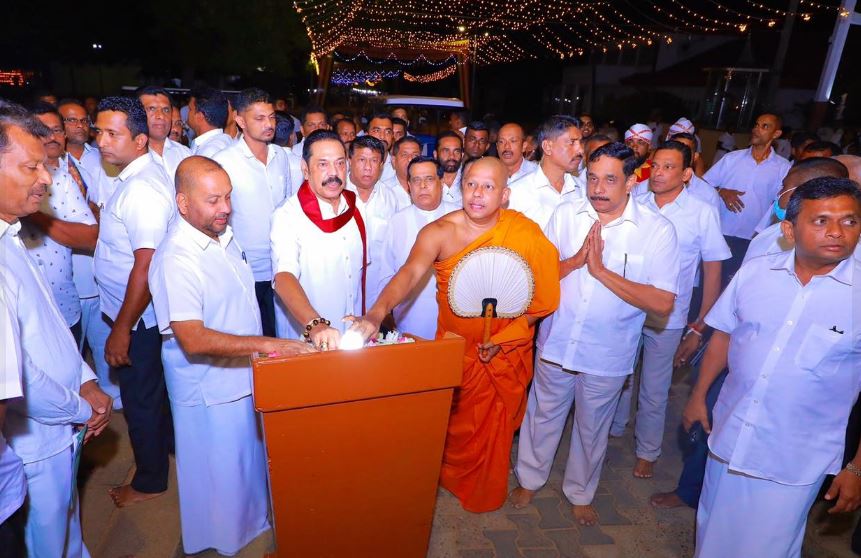 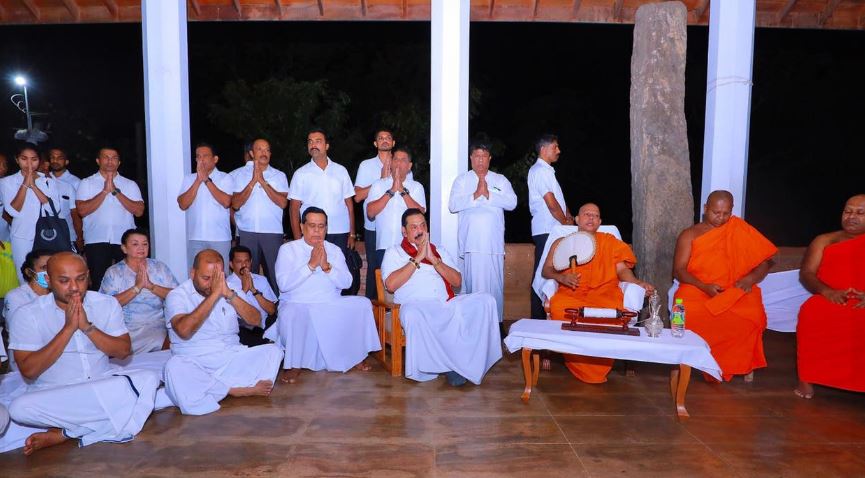 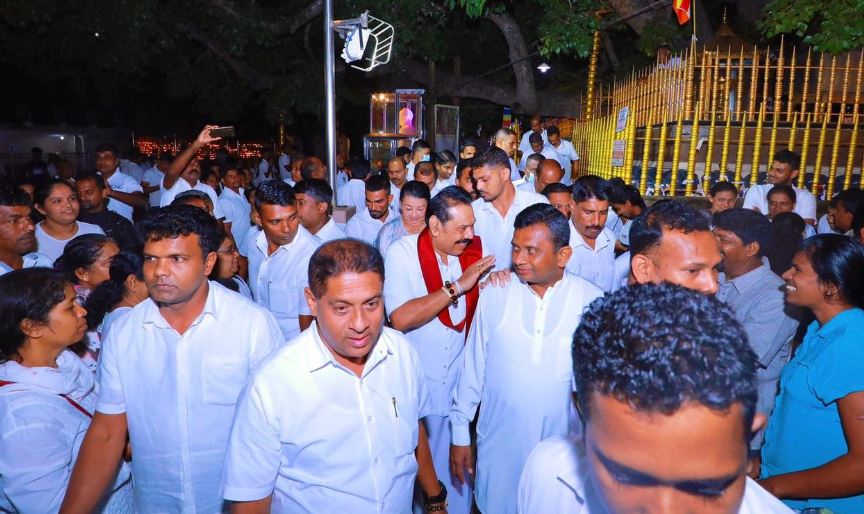