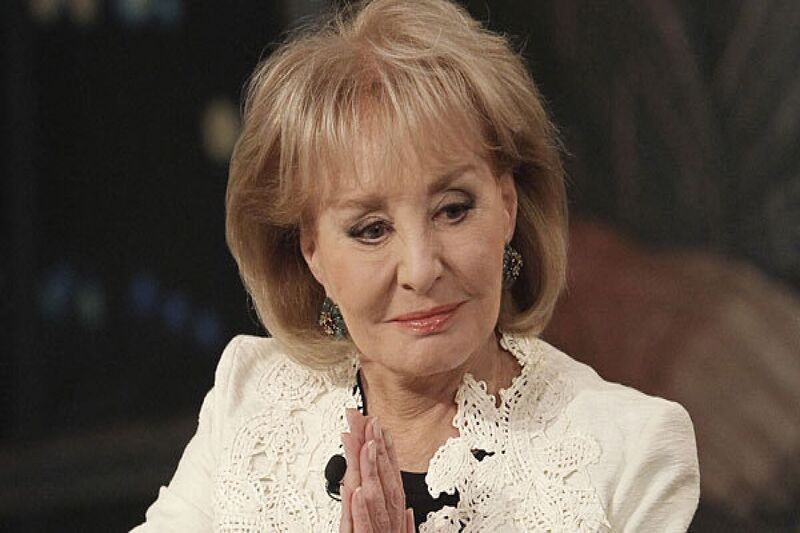 Pioneering US TV broadcaster Barbara Walters has died aged 93 after a career spanning half a century.

She became the first US female network news anchor when she joined ABC News in 1976.

Born in Boston at the outset of the Great Depression in 1929, she won 12 Emmy awards.

As well as every US president from Richard Nixon to Donald Trump, she interviewed a host of music and pop culture stars.

"Barbara Walters passed away peacefully in her home surrounded by loved ones," said publicist Cindi Berger in a statement on Friday night.

"She lived her life with no regrets. She was a trailblazer not only for female journalists, but for all women."

The showbusiness booking agent's daughter began her career in journalism in 1961 with NBC, where she became a segment producer of women's interest stories.

She rose through the ranks of the male-dominated industry to make history in 1974 by becoming the first female co-host of a US news programme, on NBC's morning-time Today Show.

When she broke the glass ceiling again by becoming the first female network news anchor, on ABC's evening bulletin, her unprecedented $1m salary made her a media superstar.

"I have been blessed with a life I never expected," Walters said back in 2000 as she received a Lifetime Achievement Award from the National Academy of Television Arts and Sciences.

She retired from a 52-year career in 2014 with a last appearance on her daytime show, The View.

She was joined on the programme by Hillary Clinton and media mogul Oprah Winfrey, both frequent Walters interview subjects.

She also interviewed Syrian President Bashar al-Assad a few months after a public uprising that would eventually turn into the country's civil war.

Tributes have been flooding in for Walters.

Journalist Dan Rather said that "journalism has lost a pillar of professionalism, courage, and integrity".

News anchor Don Lemon tweeted: "She was obviously amazing on television but I selfishly loved spending time with her in person. Sitting next to her at a dinner party was the best seat in the house.

"With love, respect and admiration - rest in peace Barbara Walters."