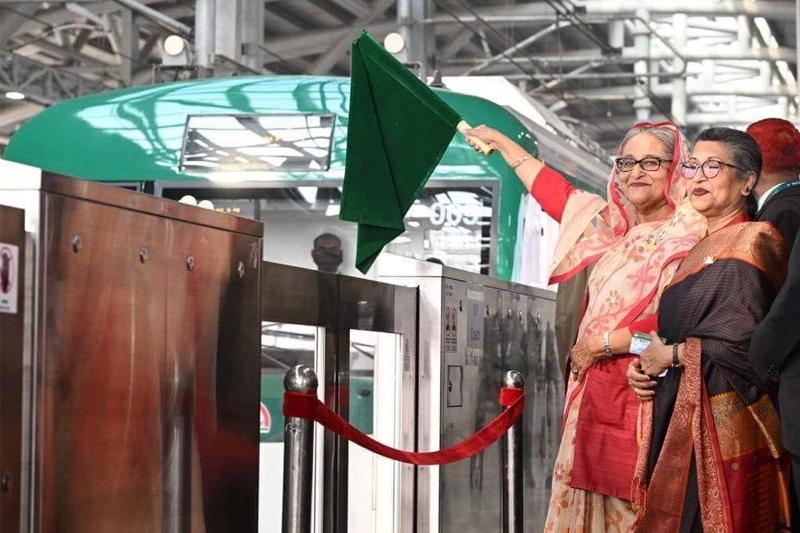 Bangladesh has launched its first metro rail service to ease traffic congestion in the capital Dhaka, one of the world’s most congested cities.

The new elevated train network has been largely funded by Japanese development funds.

Known as Line 6, the first metro line took around six years to complete.

Stretching more than 20kms, the line will serve 16 stations.

It will connect the northern zone of Dhaka to government offices and hospitals for now, the state-run Dhaka Mass Transit Company Limited (DMTCL) said in a statement.

Inaugurating the service, Bangladesh Prime Minister Sheikh Hasina said: “This metro rail is also another matter of pride for us.”

“We promised to eradicate traffic jams from Dhaka,” she added. “With the six metro rail lines, we will be able to do so.”

The Prime Minister added that one carriage on every train would be reserved for women.

It is being estimated that the newly launched metro service will transport approximately 60,000 people an hour.

To further ease the traffic congestion in Dhaka, the second section of the metro service from Agargaon to Motijheel will be launched in December next year.

The third section from Motijheel to Kamalapur railway station will be launched in the next phase of expansion.