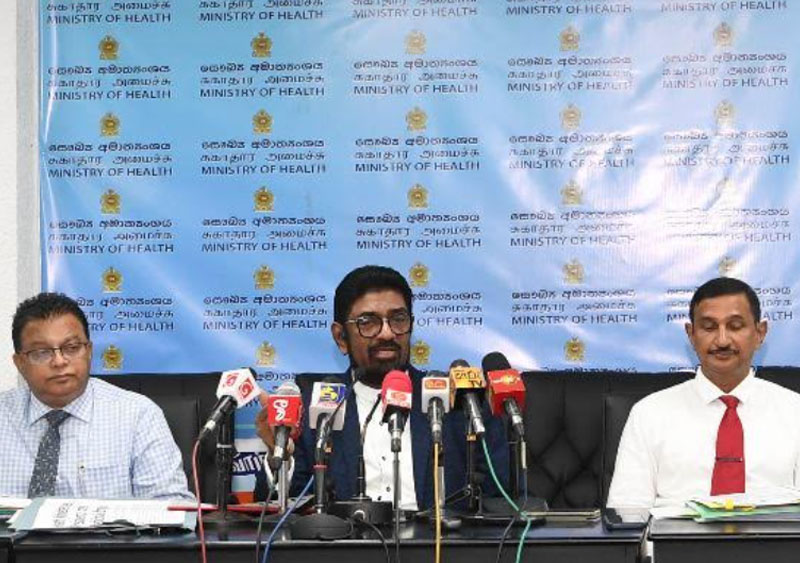 Health minister Keheliya Rambukwella claims the import of medicines under an Indian credit line is taking place with full cabinet approval and a high level of transparency.

It was under that procedure that he had visited Kausikh Therapeutics Pvt. Ltd. and inquired into its production process, he told the media yesterday (28).

Rambukwella said further that medicines cannot be bought in the way sugar, dhal and rice are bought and it has its own process of top standards.

The supplier needs up to five months to deliver after an order is made, he said.

The minister rejected media claims in this regard as being false and malicious made without properly studying the cabinet paper.

Thanking India for the credit facility it has extended to Sri Lanka, Rambukwella said only medicines of Indian make can be purchased.

With allegations that medicines production has become a cottage-industry in India, a need arose to gain a firsthand experience on the production process of the chosen supplier.

Kausikh Therapeutics produces top quality medicines for 36 countries and has won a number of awards and certificates, he said.

With the medicines required within three months and only three out of 180 bidders prepared to make the supplies, there was no other option, he said, adding that local producers did not bid as they had around Rs. 15 billion of outstanding dues.