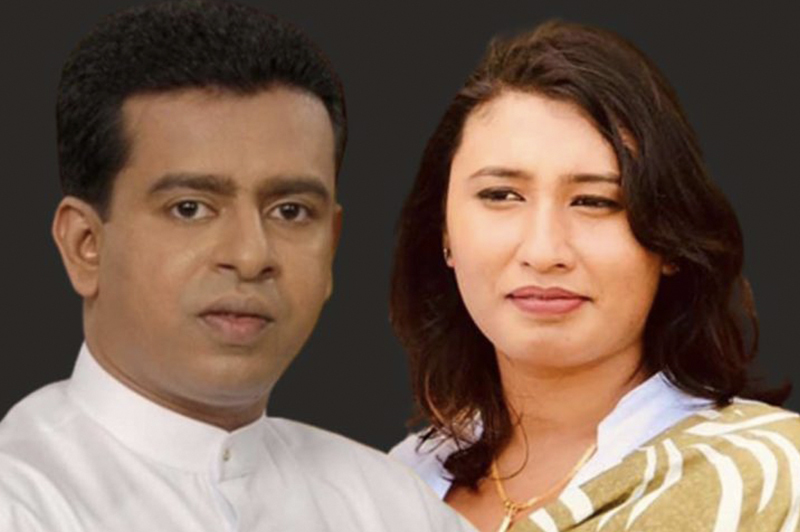 The audio of a telephone conversation between SJB MP Buddhika Pathirana and Adarsha Karandana, who grabbed public attention over the Ashu Marasinghe incident, is now going viral in social media.

Given below is part of their conversation:

Pathirana told Neth News the conversation happened in 2018 and its audio was posted on social media on six different occasions during the ensuing elections.

The difference this time is it carries Adarsha’s picture as well, in addition to his own, said the MP.

In the conversation, he said, he spoke about a planned meeting with her and two others to draft a MoU on education and social welfare for a charity.