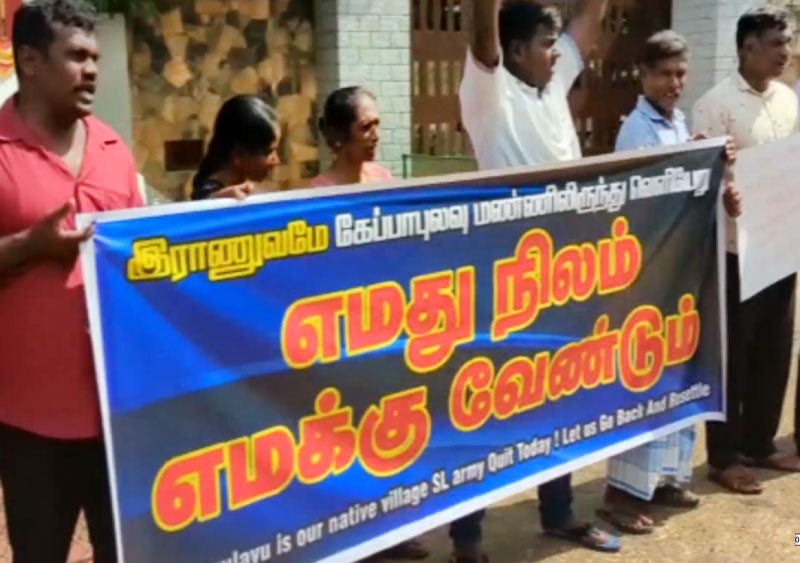 The people of the Vanni yesterday (27) launched a campaign to demand that the Army quits their land.

Meeting in front of the security forces headquarters in Mullaitivu, they warned of an indefinite struggle to begin within days to press for their demand.

The government has told the United Nations that only 53 acres remain to be freed by the military, but protestors claimed that at Kepapulav alone, it was occupying 170 acres of land owned by 54 families.

Previously, the Army freed some land after a similar agitation in March 2017, but it has since allegedly taken over playgrounds, farmland and plots belonging to religious places and private properties to expand its perimeter.

Protestors wanted president Ranil Wickremesinghe’s mediation to resolve the land dispute, and they called upon the international community to take steps to end their sufferings.

The president recently convened an all-party meeting to reach consensus on the ethnic issue, where he spoke about land and other matters of the Tamils.

On the very day of that meeting, the Army and state agencies were prevented from establishing their positions in the acquired land in three locations in the north and the east.