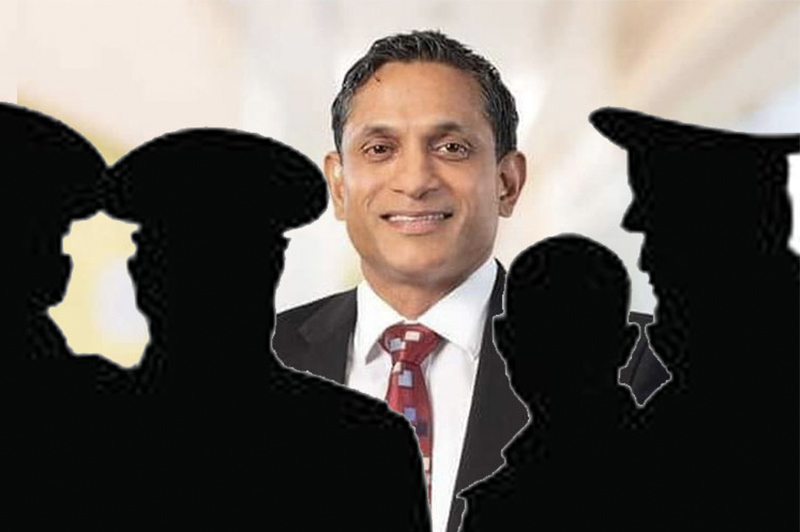 The probe into the death of leading businessman Dinesh Schaffter has taken a new turn, with investigators now suspecting that he may have committed suicide, according to police sources.

He had sent an emotional letter to his mother-in-law that says “Thank you very much for raising such a good daughter” and a SMS message, both of which are under investigation.

Schaffter was found tied inside his car at Borella cemetery on the afternoon of December 15, hours before he and his wife were to depart for England.

He died at the ICU of Colombo National Hospital later on the same day.

A top police official said that according to CCTV footage, Schaffter had been alone when he had driven the car to the cemetery.

But, something that had been inside the vehicle had caught the investigators’ attention, which is being probed further.

Schaffter had suffered heavy losses in his businesses, with massive sums invested had been lost.

Those include the state’s takeover of a land in Nuwara Eliya which he had purchased for Rs. 3,000 million, a Rs. 850 million investment together with a Jaffna MP not returned and the dispute over a Rs. 1,600 million loan he had given to cricket commentator Brian Thomas.

Altogether, the losses amounted to around Rs. 20,000 million, his family sources have revealed.

Not only that, he had even advertised in a newspaper to sell his house at Flower Road, in which he had lived.

Police have so far obtained statements from 70 persons and as many CCTV footage inspected in the course of their investigations into Schaffter’s death.