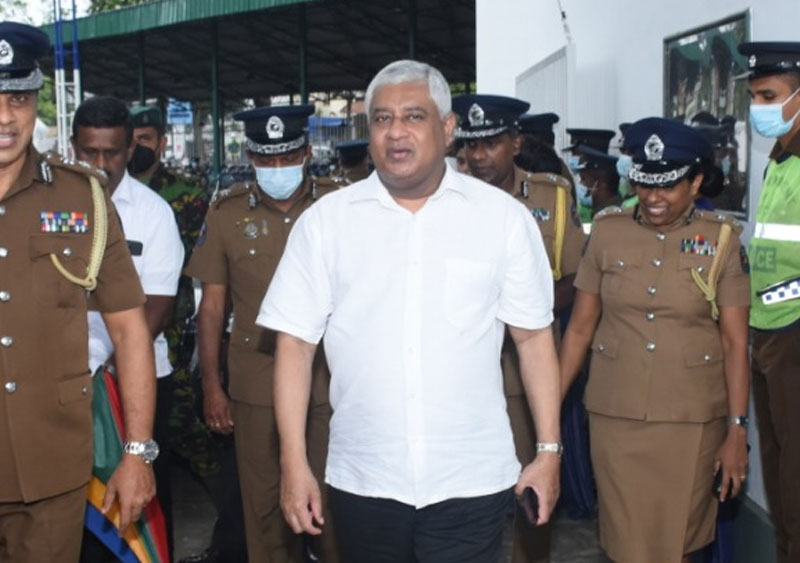 Public security minister Tiran Alles has come in for strong criticism within government ranks over the OIC postings he has given for 260 police stations on December 23.

According to state intelligence, several ruling MPs are slinging mud at him via social media after he refused to give OIC postings in their areas for their acquaintances in the police.

Appointed minister by ex-president Gotabaya Rajapaksa in May, he was ordered by incumbent Ranil Wickremesinghe to fully reorganize the Police Department.

Accordingly, Alles instructed IGP C.D. Wickremaratne to appoint OICs by ignoring political pressure, as there had been allegations the positions were being held by unqualified persons backed by politicians.

In a letter to ministry secretary Jagath Alwis, the police chief said most of the 184 OIC postings made between January 01 and November 03 of 2021 were for officers who had not even faced an interview.

Given below are copies of some of the letters received by the IGP from ruling MPs asking for OIC postings for their cronies: 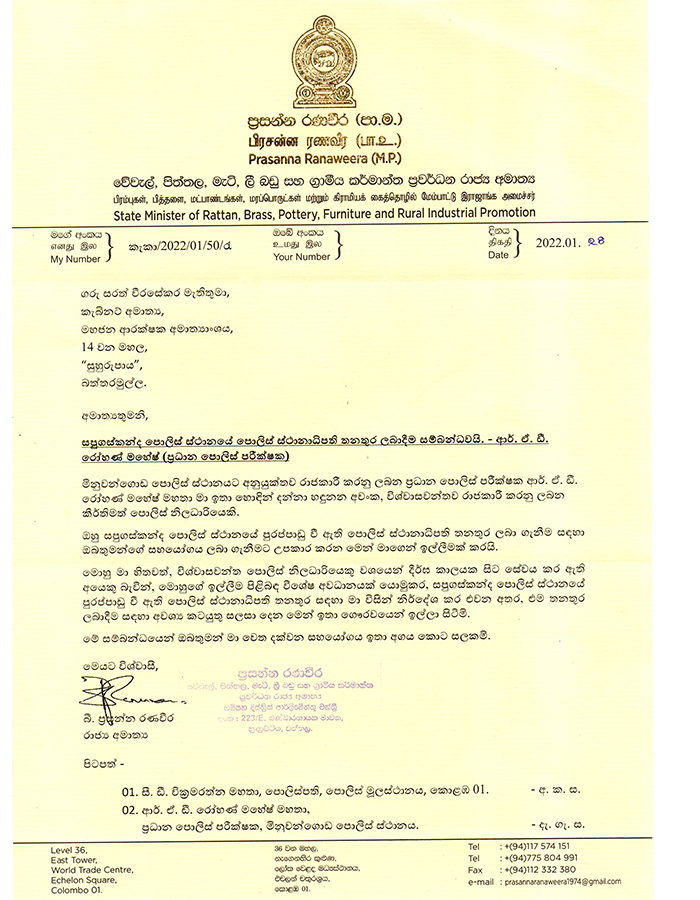 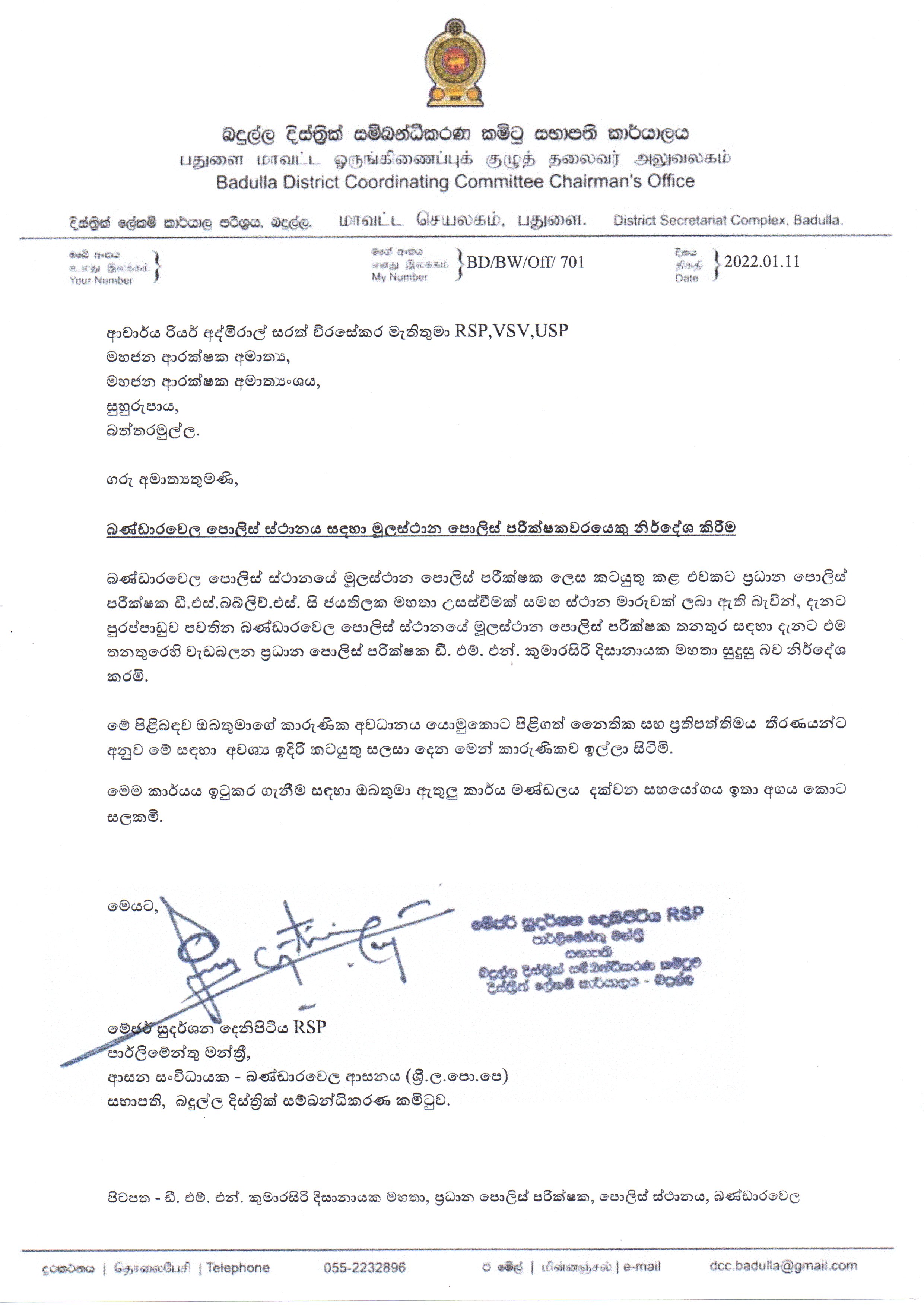 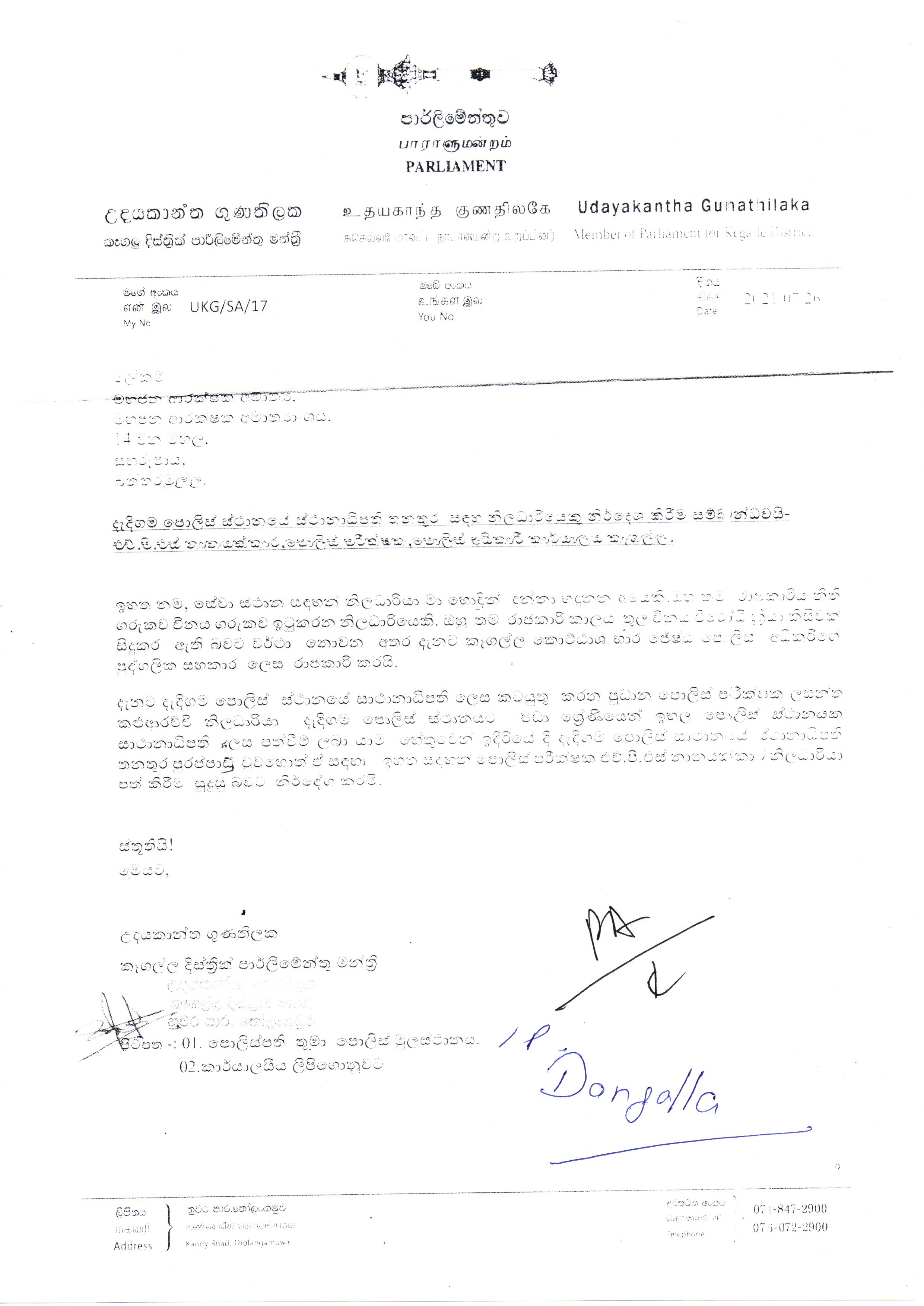 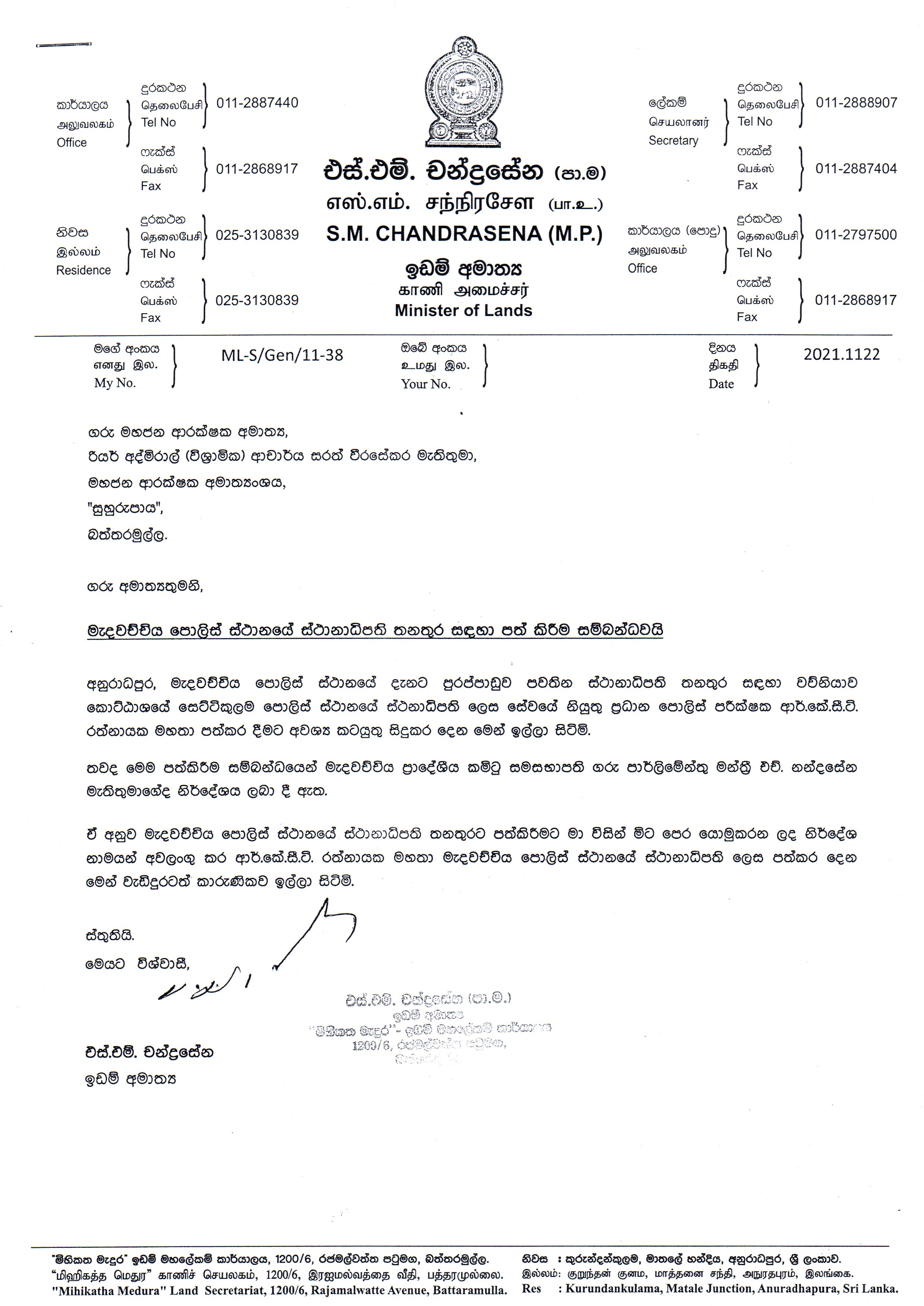 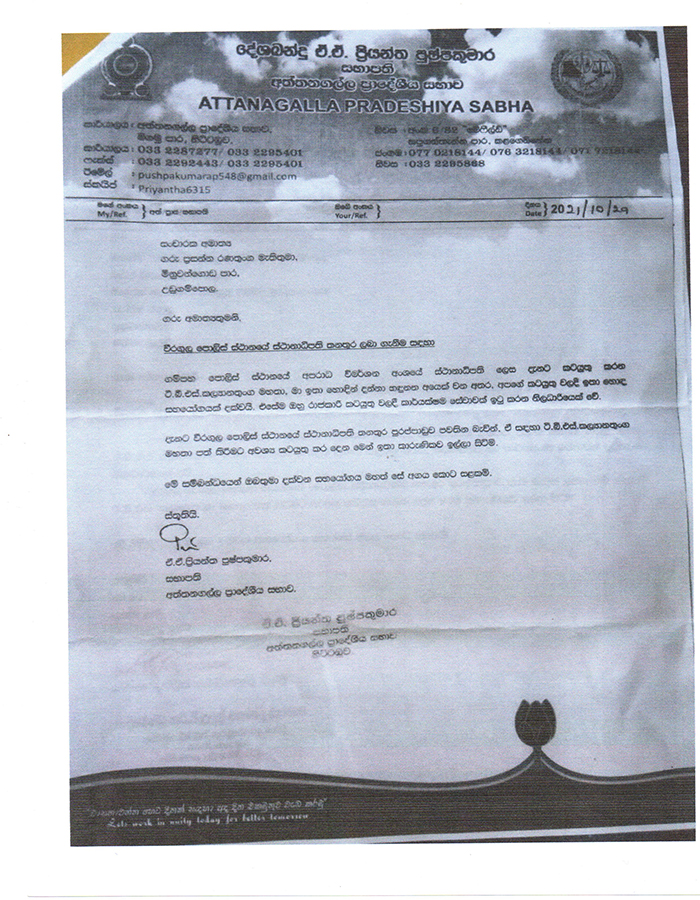 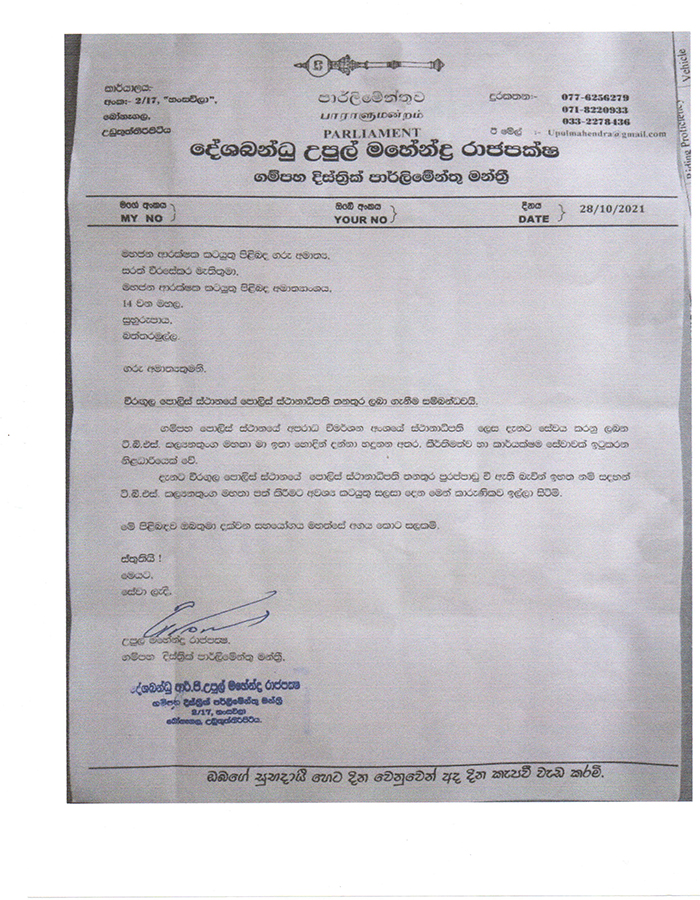 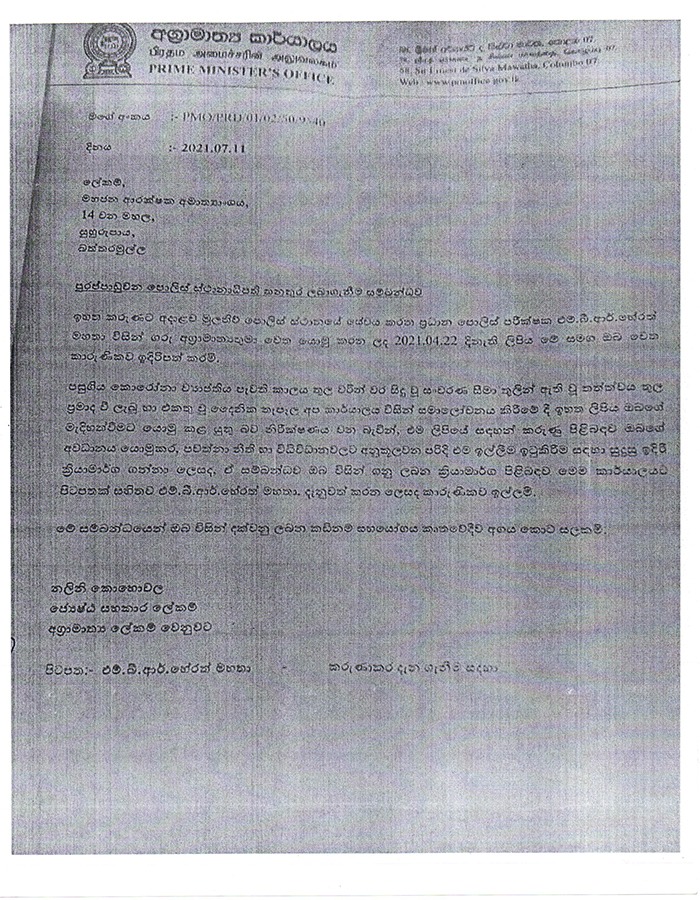 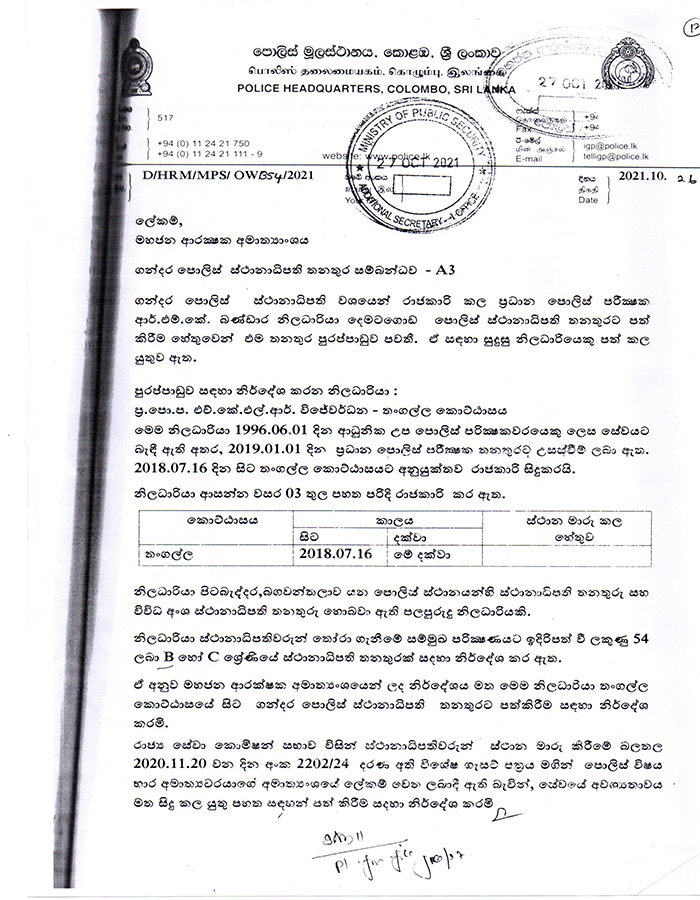 Wickremaratne and OICs across the island were strongly condemned for failing to protect politicians’ properties during the May 09 violence.

Some ministers even asked for replacements.

New OICs for all police stations

Thereafter, Alles told the IGP to call for applications from chief inspectors for OIC positions with selection and merit procedure being made public.

He has said that no appointments would be made on personal or political grounds, adding that postings would not be allowed to the area of residence or wife’s hometown.

The minister also ordered transfers for OICs who had been serving the same police station for more than three years.

Appointments were on merit & were transparent

A senior police official said the new appointments and transfers took place on December 23 in a fully transparent manner.

Of the nearly 1,300 applications received, 1,024 were shortlisted and their list made public with the rejected applicants given 14 days to submit appeals.

An appeal board favourably considered 67 to make a final list of 1,091 ranked in accordance with their qualifications.

The senior police official said it was the first time ever that OIC appointments were made purely on merit.