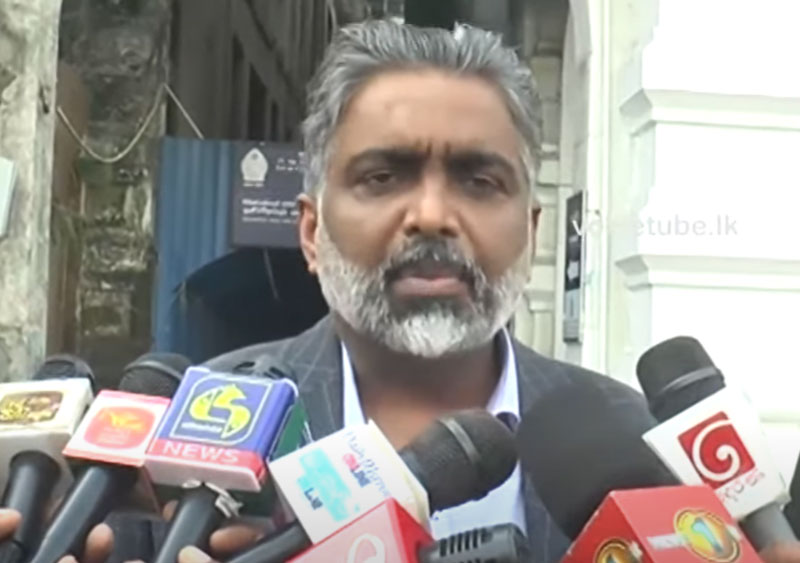 Former MP Prof. Ashu Marasinghe yesterday (24) lodged a complaint with the CID against a video and pictures that have gone viral in social media.

A day earlier, he resigned from his position as presidential advisor on parliamentary affairs.

Accompanied by his lawyer, Marasinghe spoke to the media after making the complaint and claimed the video and the pictures had been doctored.

He declined to elaborate, saying that the matter was now with the law enforcement authorities and his lawyer gave an explanation.

The lawyer claimed that his client and Adarsha Karandana, who held a media briefing against him, were having a dispute over a company director position.

She demanded a huge sum of money from him and was making false and ridiculous threats against him, he claimed further.

The CID was given a lengthy statement regarding the matter, the lawyer added.

The social media is agog with comments relating to the video and the pictures that were shown to the media by ex-MP Hirunika Premachandra.