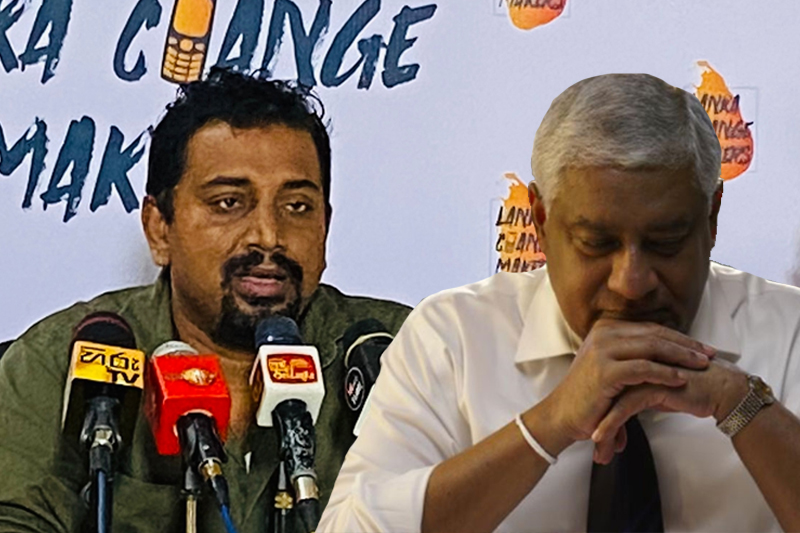 Activist and private tutor Hemapriya Kaviratne has urged public security minister Tiran Alles to make an active intervention to save children from the Ice menace by going beyond mere checks on their lunchboxes.

He was addressing journalists at the Radical Centre in Colombo yesterday (22), where Lanka Change Makers announced a campaign against the drug methamphetamine that is fast becoming a threat to society.

It is titled ‘Ice diyakaramu’, or let’s dissolve Ice.

Kaviratne said that before meeting the media, they spoke to several Ice dealers and addicts, the former proving to be cannabis sellers previously.

According to him, the media is exaggerating the level of threat from Ice, with some of them being accused of taking a political line in their reporting.

Based on their inquiries and experiences, Kaviratne said, addiction to Ice has now become increasingly common in society, after its introduction quite some time ago to the upper class and night clubs.

The danger is that it has now grown to have a grip on the grassroots as well, he said, with the dealers mainly targeting the generation that is the country’s future, said Kaviratne.

Their studies have revealed that massage clinics and spas that are common today are contributing much to the spreading of Ice.

This drug has now replaced alcohol and hemp among university students, he added.