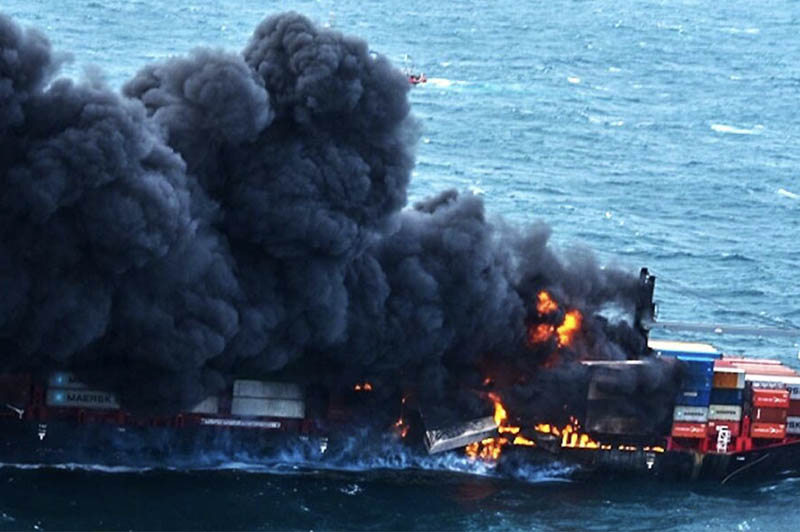 An environment damage assessment report will be submitted to the attorney general by January 15 in order to seek compensation for the X-press Pearl disaster, said the Marine Environment Protection Authority (MEPA).

The MEPA has recommended to the cabinet that a compensation case should be filed in a local court.

However, when ministers who met recently discussed the matter, president Ranil Wickremesinghe advised that the case be filed in a court in Singapore.

Chairman of MEPA Darshani Lahandapura has told the media the extent of damage from the sinking of X-Press Pearl with chemicals in May 2021 is yet to be determined.

No compensation whatsoever has been paid either so far for the country’s worst ever maritime disaster, she has said.