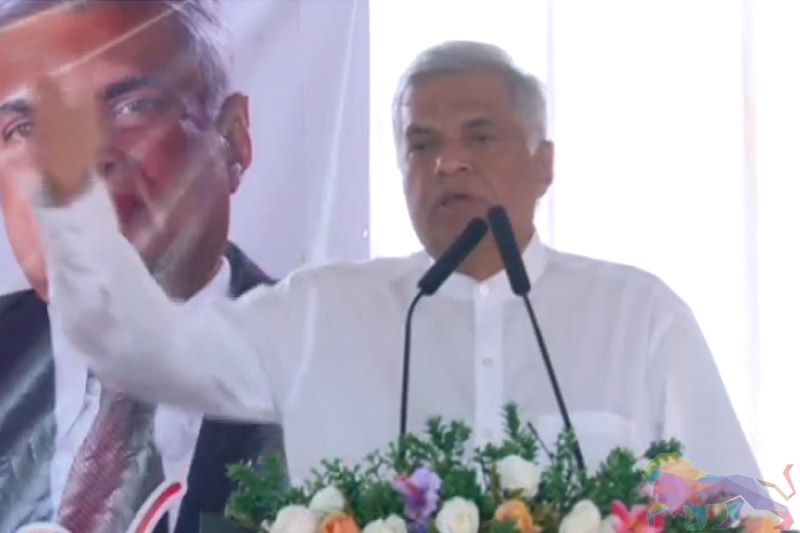 Prime Minister Ranil Wickremesinghe has opposed carrying out the death penalty stating that taking the life of another is against United National Party (UNP) policies.

“Therefore, we will not be able to support this decision,” he said.

The Prime Minister made these comments at a meeting held at the Mariarawa Fairgrounds yesterday (30) after the Premier had declared open the Mariarawa water project.

He also pointed out that while the UNP contributed immensely to the Presidential election success in 2015 is against the recent decision, the Opposition led by its leader Mahinda Rajapaksa, the Janatha Vimukthi Peramuna (JVP) and the Tamil National Alliance (TNA) has also opposed the reintroduction of the death penalty in Sri Lanka.

Wickremesinghe assured that therefore he would discuss the matter at hand with the Cabinet of Ministers, President and the Speaker in the near future.

The Premier also noted that when the United Nations brought in a resolution against capital punishment in 2016, Sri Lanka supported it.

“At the time Maithripala Sirisena was President and I held the post of Prime Minister,” he said.

According to Wickremesinghe, when the UN brought forward the same resolution in December 2018, the Sri Lankan government led by President Sirisena and Prime Minister Mahinda Rajapaksa also supported it.

Wickremesinghe further noted that it was President J.R Jayawardene who first decided to halt carrying out the death penalty while pointing out that succeeding Presidents R.Premadasa, Chandrika Kumaratunga and even Mahinda Rajapaksa continued with the same policy decision.