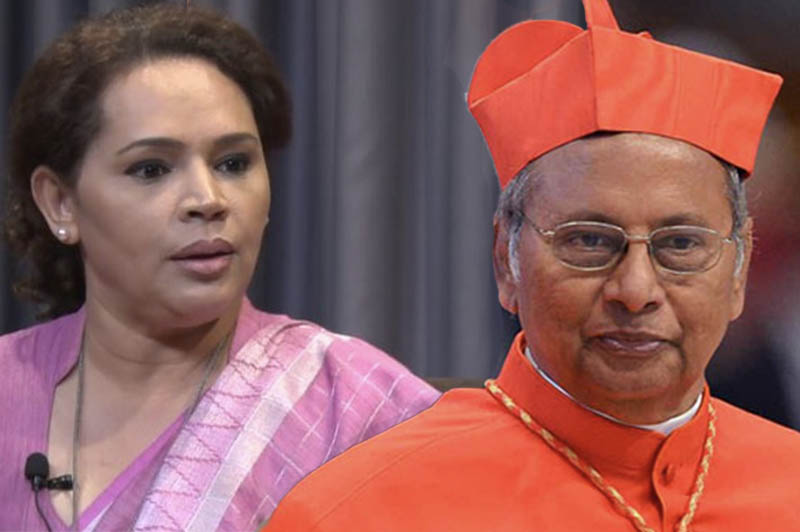 She said at a media briefing that she is a noble Buddhist woman and not a person of Portuguese descent and even has many a learnt Bhikkus in her lineage.

The cardinal was directly referring to her as a ‘Parangiya’, Gamage claimed, as she was the only one to have spoken in support of legalizing hemp and a night economy.

Someone may have misled him, she said, and asked him as to why he did not see good in the Portuguese who brought Catholicism to Sri Lanka.

They even introduced cannabis to the island, said Gamage.

The state minister advised that religious leaders should focus on their religions, and added that she was even prepared to explain herself if needed.