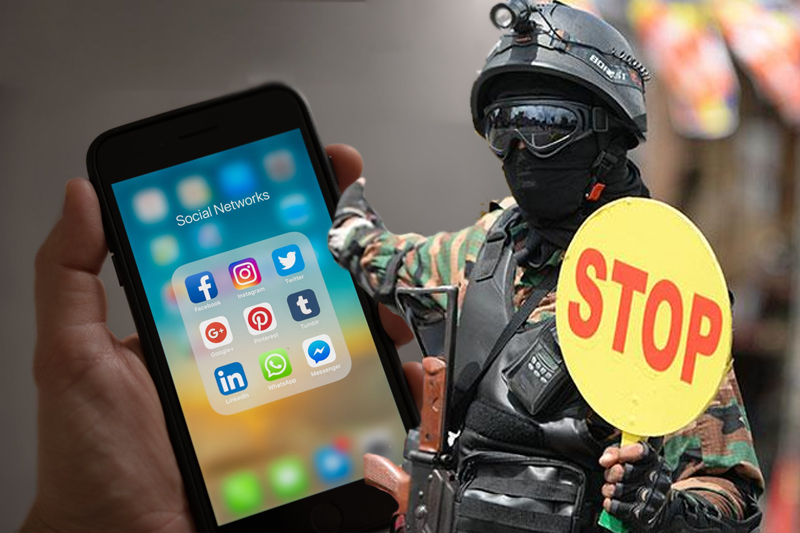 The Army has issued several prohibition orders to all its personnel in the use of social media and websites.

Head of the Signals Corps Maj. Gen. H.M.L.D. Herath, in the directives dated December 10, requires discipline and image maintained in their usage.

Only the head of the Army’s media directorate or officers authorized by the commander have the right to publish official statements in social media.

The publication of profile pictures or cover photographs of uniforms, military establishments and equipment is prohibited.

Any user of social media should refrain from divulging official identity etc.

Uploading, posting, forwarding or sharing matters of national security and military nature, confidential information of an officer, anything leading to racial or religious disharmony, statements to discredit an individual or institution and any other thing prohibited by law in Sri Lanka are also banned. 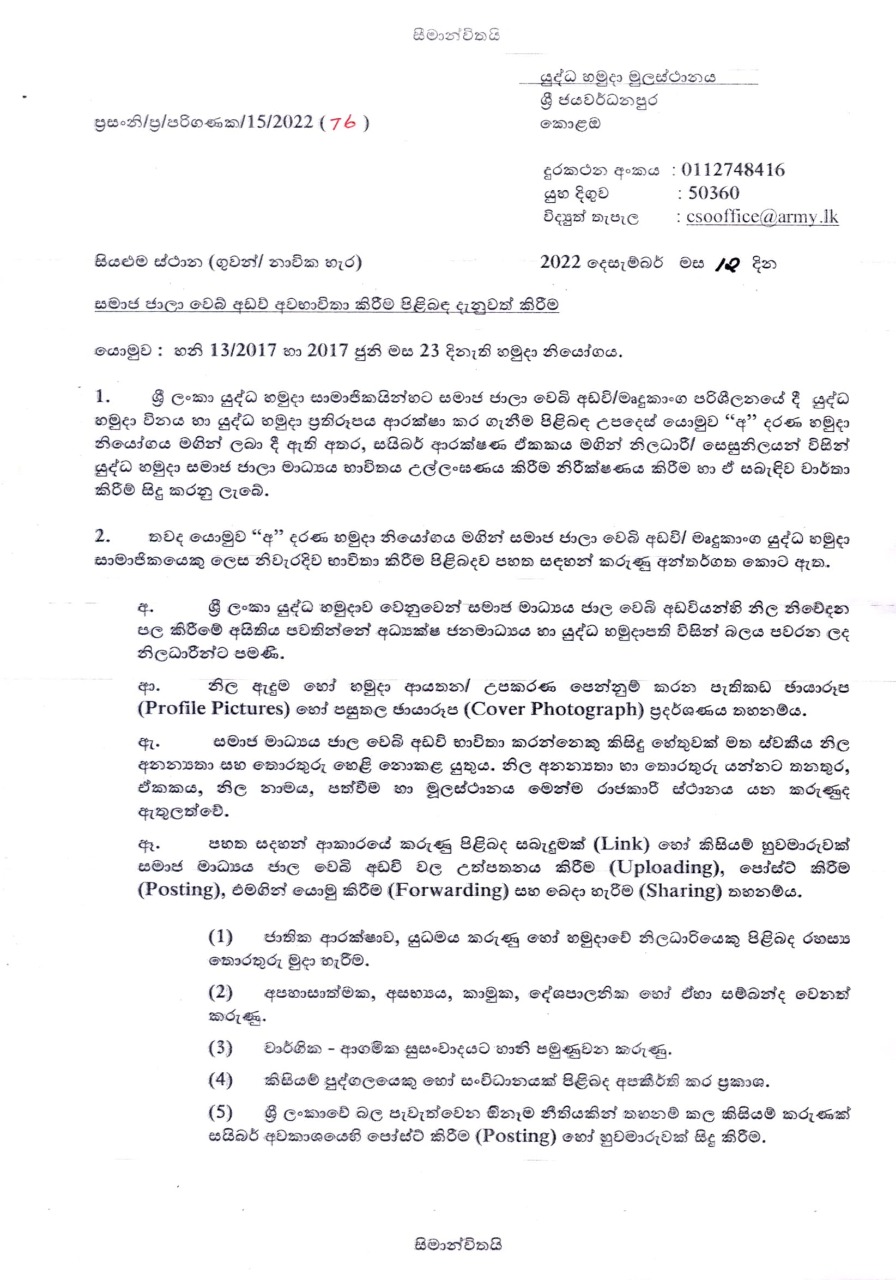 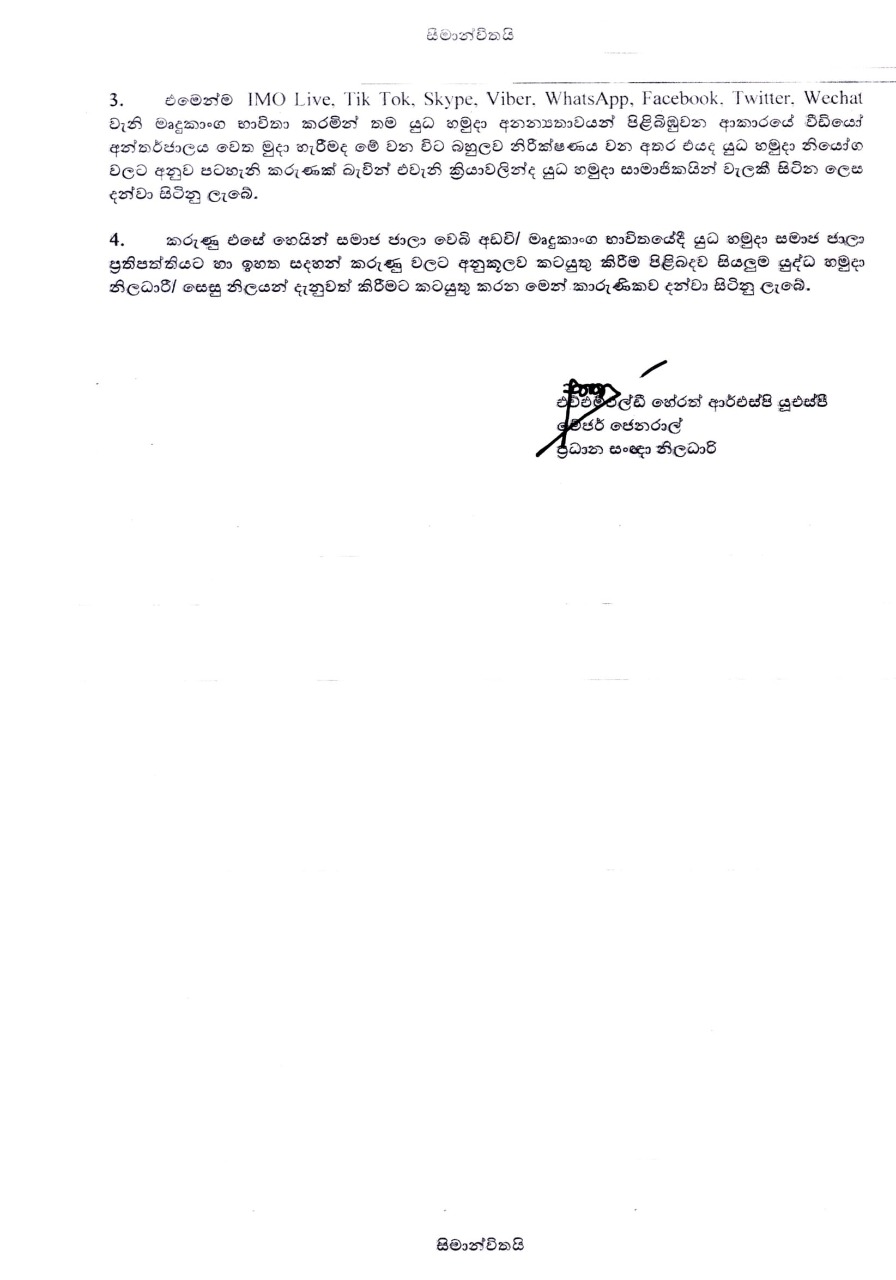