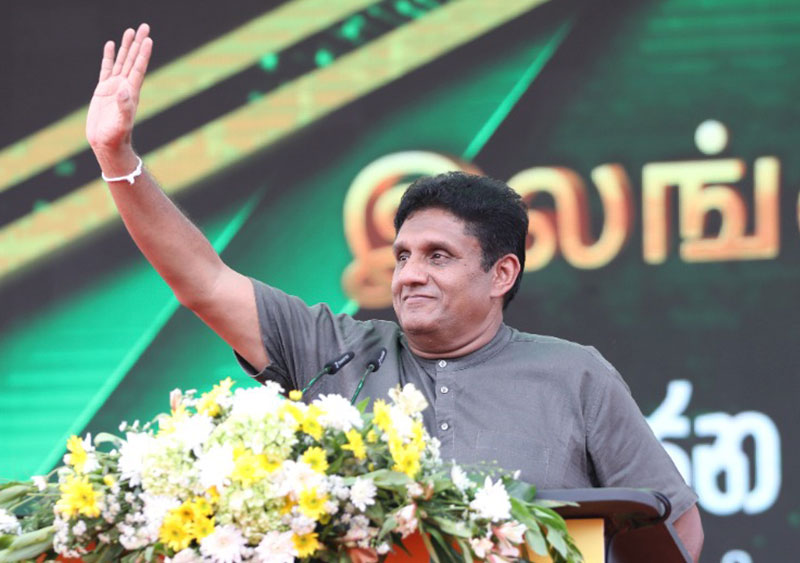 The Samagi Jana Balawegaya (SJB) unanimously reappointed Sajith Premadasa as its leader at its annual convention at Campbell Park in Colombo yesterday (11).

In other appointments made on the occasion, Field Marshal Sarath Fonseka is the SJB’s chairman, Ranjith Madduma Bandara the general secretary, Tissa Attanayake the national organizer and Dr. Harsha de Silva is the treasurer.

Premadasa told the convention that a major conspiracy was on to destroy the party. He challenged the conspirators to face the SJB at an election.

Large crowds attended the event that took place with a call to join hands to escape ruin.