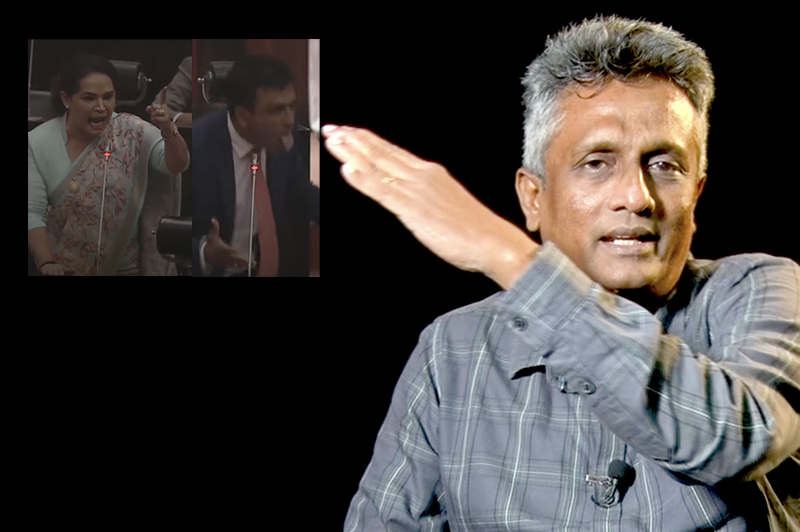 Leader of the Samabima Party Deepthi Kumara Gunaratne has questioned the discipline in the Samagi Jana Balawegaya (SJB).

That has yet to be condemned by any, not even by the known feminist and wife of the SJB and opposition leader, Jalani Premadasa, Hirunika Premachandra who speaks about rights of women and various human rights groups, he said.

This shows how the SJB treats the women and the level of its discipline, Gunaratne added.