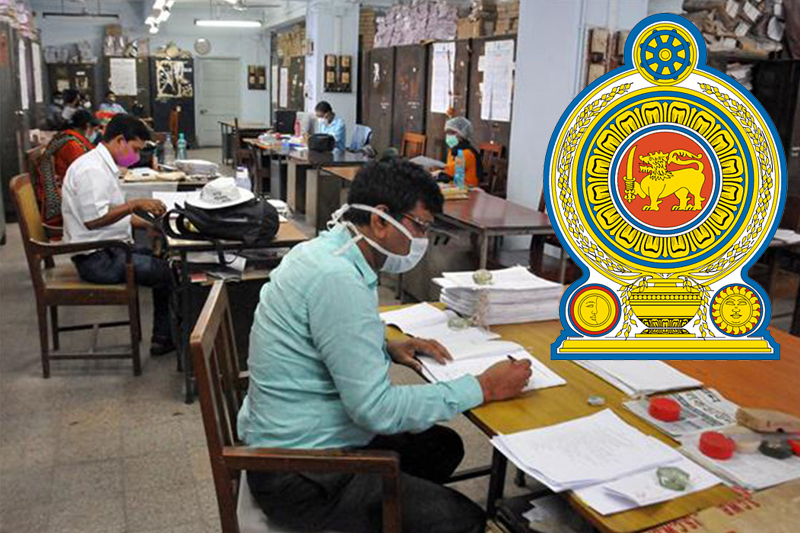 An extraordinary gazette notification has been issued regarding compulsory retirement of government employees who have completed 60 years of age.

The extraordinary gazette notification has been issued by the Prime Minister Dinesh Gunawardena, in his capacity as Minister of Public Administration Home Affairs, Provincial Councils and Local Government and will come into effect from January 01, 2023.

“Any Government employee may be directed to retire from Government Service on or after attaining the age of fifty-five years. All civil officers must retire compulsorily on attaining the age of sixty, except those officers whose age of compulsory retirement is fixed by the Constitution or by any other law, unless otherwise decided by a competent authority,” the gazette notification says. 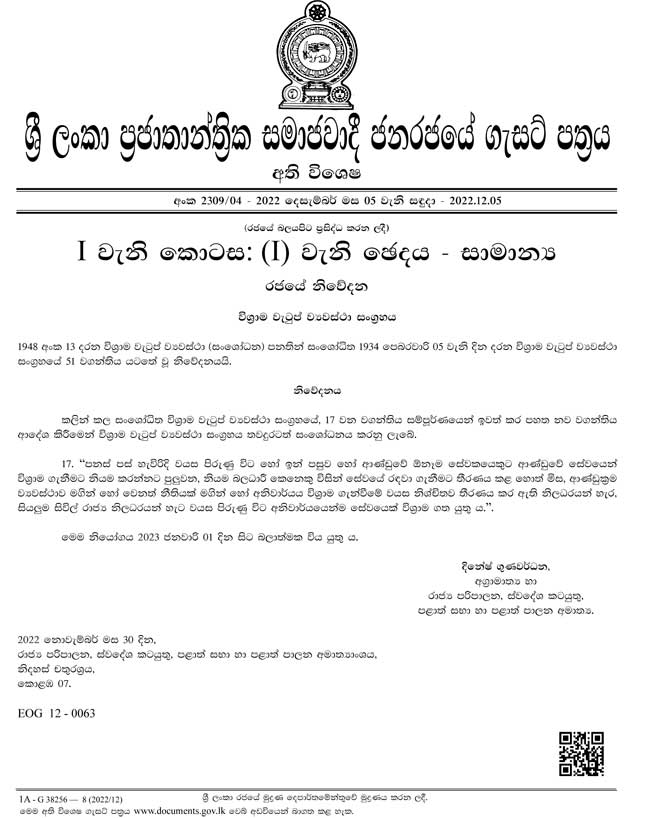