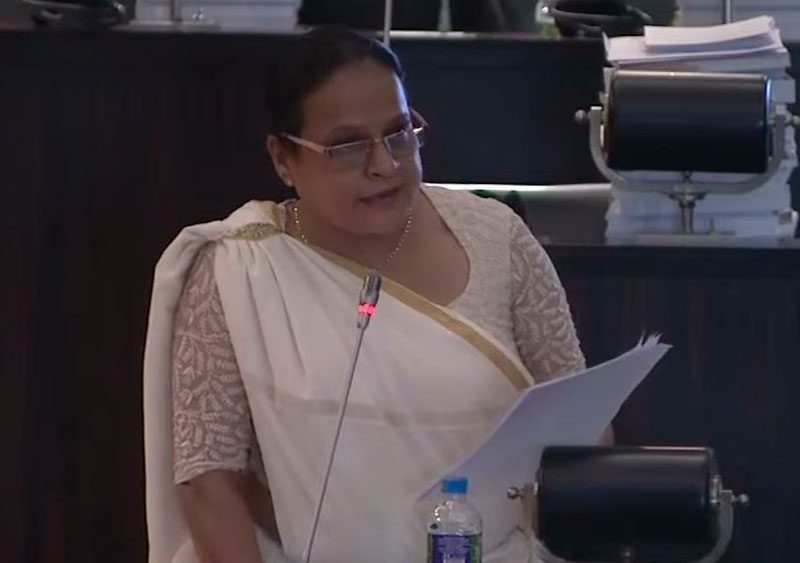 A leading human rights activist has urged the government to compensate for the victims of enforced disappearances, in the same manner it paid a compensation of more than Rs. 10 million for the slain MP Amarakeerthi Athukorale.

Britto Fernando welcomed the payment to the family of Athukorale, but noted with concern the suffering that continues since 1989 for the families who seek justice for their missing due to the southern insurgency and the war in the north.

He was speaking during a silent protest in front of the parliamentary complex as the House debated the votes of the Justice Ministry on December 05.

He said the budget for 2023 should allocate funds at least for the Rs. 200,000 compensation proposed by justice the minister.

SJB MP Rohini Kumari Wijeratne, while on her way to the House, stopped at the protest site and spoke with the participants.

She promised to raise their concerns with the justice minister.

Kaviratne said she received an assurance from the president that he would look into a monthly payment of Rs. 6,000 for victims’ families that he promised when he was the prime minister.