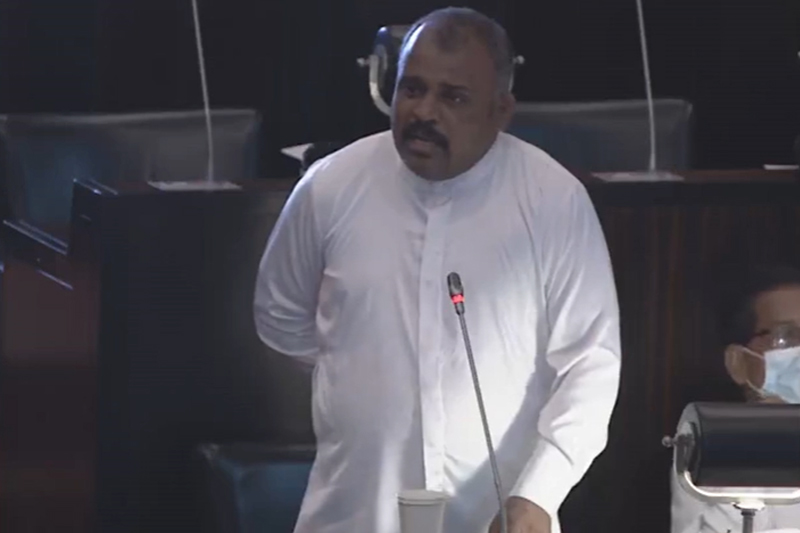 The government continues to come under criticism that it grabs lands belonging to Tamils traditionally to create settlements of Sinhala Buddhists.

People are being evicted from Tamil majority areas in Ampara, Vavuniya, Trincomalee, Batticaloa and Mullaitivu by claiming presence of Buddhist artefacts, to settle 3,000 Army and other families, charged TNP MP Selvarasa Gajendran.

The Wildlife Department too, is issuing gazettes to acquire traditional Tamil land, he also said during the House debate on the votes of the ministries of wildlife, land and Mahaweli.

The ministries of defence, wildlife and Mahaweli, Mahaweli Authority and the Tourism Board are dragging the north-east Tamils to ruin, he charged.

Gajendran called for the return of the land to the Tamils, who are yet to be allowed to settle in their land even 13 years after the war.