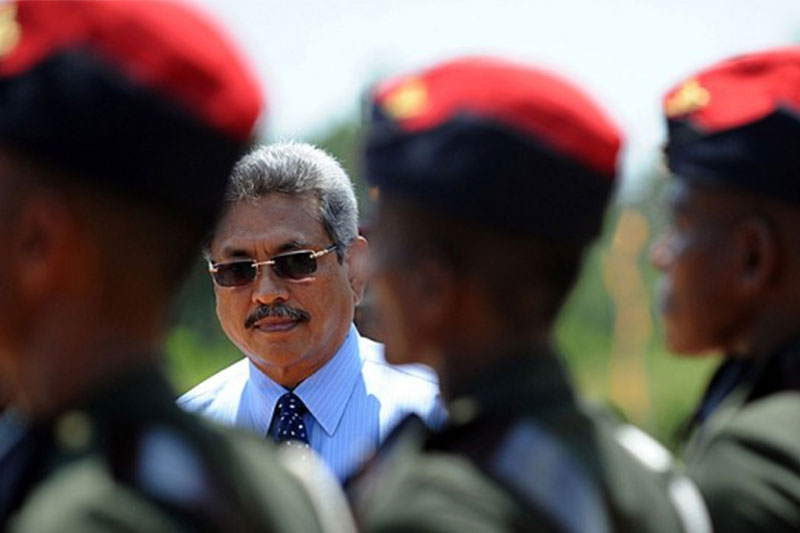 Sri Lanka's military used captured young women as sex slaves in the aftermath of its bloody war against Tamil Tigers, according to fresh allegations filed in a US court.

The horrific allegation against the country's powerful wartime Defence Secretary Gotabaya Rajapaksa, is contained in a case filed in the U.S. District Court for the Central District of California by a Tamil woman alongside ten others.

In court documents filed on June 26, the ten new plaintiffs allege that Gotabaya Rajapaksa whose brother was the President of Sri Lanka, was in command of security forces that systematically abducted, tortured, raped, and extorted money from suspects with impunity. 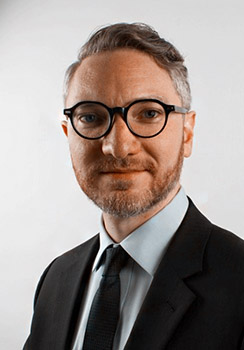 The woman, suing Gotabaya Rajapaksa under the pseudonym Vidhya Jayakumar, alleges that she was sexually enslaved for three years in army camps after the end of the civil war in 2009.

“Frankly, this is the worst account of sexual slavery I have ever encountered,” said human rights lawyer Scott Gilmore at the international law firm Hausfeld which filed the complaint. “The sexual violence inflicted by Gotabaya’s security forces against our clients—and the total impunity for perpetrators—shows that rape was part of an institutional policy in Sri Lanka.”

He later went on to say that he hasn't see "such horrendous cruelty" during his career.

"In my 15 yrs of working with torture survivors, I’ve rarely seen such horrendous cruelty, following such a clear playbook, and leaving no doubt this was planned at the top by senior officials" Scott Gilmore tweeted.

In partnership with the international law firm Hausfeld, the case was the result of a six year-long investigation by Johannesburg based the International Truth and Justice Project (ITJP).

On the first night Sinhalese female soldiers allegedly tied Vidhya to the bed for their commanding officer, who brutally raped her, says a press release by Hausfeld and ITJP.

“She was then detained with a group of young Tamil women in an army camp where every night, off-duty soldiers would select a woman to rape. She was later subjected to sexual violence in a police headquarters and again repeatedly raped in another military camp. Her captors gave her and the other women birth control injections in the various sites to prevent them from becoming pregnant.” 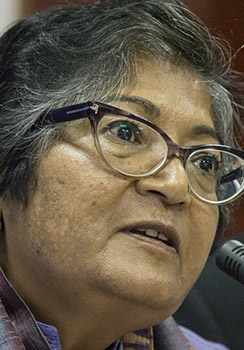 “That alleged perpetrators remain in key investigative positions in the police force shows why Sri Lankans have been unable to achieve justice inside the country,” said ITJP’s executive director, Yasmin Sooka. “Bringing a case abroad is their only option.”

The fresh cases were brought to court a day before Gotabhaya Rajapaksa was expected to request the court to dismiss an earlier complaint, originally filed on April 5 on behalf of Canadian Roy Samathanam.

Denying to allegations, the official spokesperson for Gotabaya Rajapaksa has condemned the lawsuit as an attempt to tarnish his image.

"This kind of mud-slinging propaganda ahead of elections is not new" Milinda Rajapaksa told Reuters.

All 11 plaintiffs are suing under the Torture Victim Protection Act, which gives torture victims legal redress in U.S. courts. The ten new plaintiffs include three women; eight are Tamil and two Sinhalese.☐