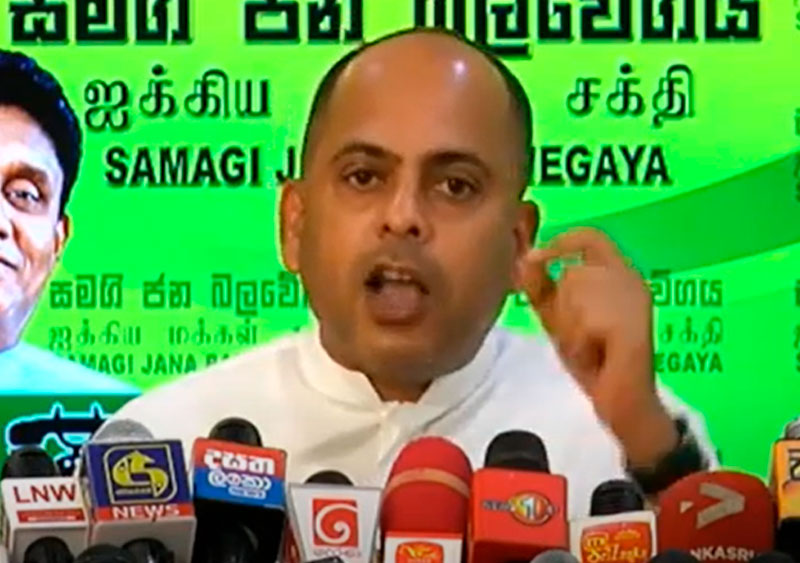 SJB media spokesman S.M. Marikkar has cast doubts if president Ranil Wickremesinghe and the JVP are having a deal.

“President Ranil attacks Kumar Gunaratnam, but doesn’t attack Anura Kumara. It was the JVP that said parliament should be surrounded. There was talk of arson too. But, the president doesn’t attack the JVP. Is there a deal with the red baby jumbos?” he asked at a media briefing in Colombo on November 24.

Wickremesinhe gives his own interpretations of the constitution, but any citizen has the freedom of expression, freedom of speech and freedom of assembly, the MP noted.

He added the SJB does not approve of violence, but that it will take to the streets to raise fundamental and other issues of the public.