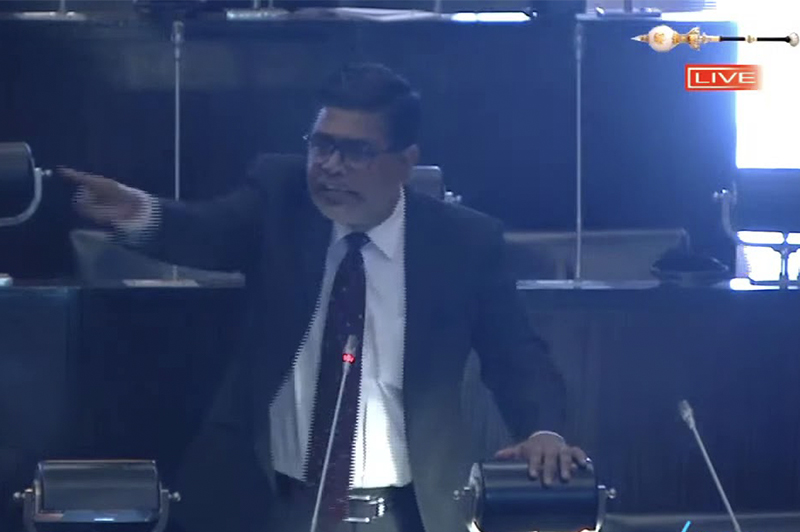 State-run Litro Gas claims running at a loss, but had the money to throw a big party at Waters’ Edge costing hundreds of thousands of rupees, charged SJB MP Mujibur Rahman.

Speaking in parliament, he raised this along with the failure by the gas supplier to compensate the victims of explosions due to substandard gas it had sold.

Rahman also said the Civil Aviation Authority has footed a Rs. 60,000 bill for tea supplied to those who welcomed Basil Rajapaksa on his arrival at Katunayake Airport.