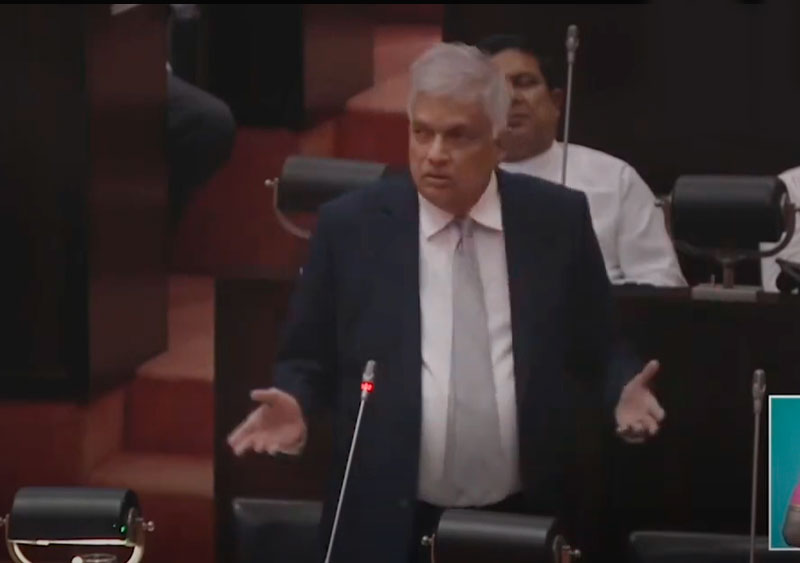 His criticism comes as the UN Human Rights Commission has expressed concerns over harassment of human rights defenders in Sri Lanka.

“The defenders we have run on diesel. These defenders too, use diesel. That is by saying they are human rights defenders and living with foreign money,” Wickremesinghe charged in parliament on November 24.

He said anarchy and violence are not included in human rights and are totally opposed to human rights.

He claimed that it was him who had protected human rights defenders in the past, but that they have now turned against him.

Incidentally, on the same day the president made this verbal attack, soldiers of the Army’s 591 Brigade visited the Mullaitivu Media Club and made inquiries. Two soldiers of the Army’s 591 Brigade visited the Mullaitivu Media Club and made inquiries on November 24.

On an order by their brigade commander, they asked journalist Kanapathipillai Kumanan, who was present there, the names, contact numbers and other details of top officials of the association.

Since they did not give a reason for seeking the information, their request was turned down.

Northern journalists say they face such intimidations in addition to verbal and physical harassment for exposing crime and other wrongdoings occurring in the province.

On the same day of that particular incident, TPA leader Mano Ganeshan told parliament the police were gathering information of Tamils resident in Colombo city.

Public security minister Tiran Alles admitted a registration of Colombo residents, but rejected the claim that it was targeted at a particular community.

Ganeshan previously said that president Ranil Wickremesinghe promised him that he would instruct the police chief to halt this registration.