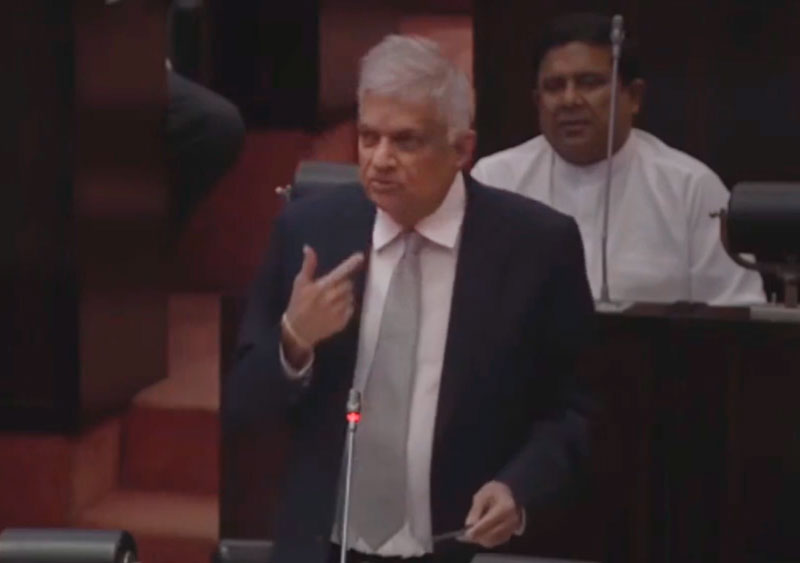 President Ranil Wickremesinghe told parliament yesterday (24) that he will never allow violence and anarchy to prevail under the guise of human rights.

If any party engages in such an attempt, the security forces will be used to suppress it completely, he warned.

The president emphasized that everyone from the lower officer of the Army to the rank of Field Marshal is obligated to fulfill their responsibility.

Wickremesinghe also responded to a statement by SJB MP Mujibur Rahman, who said that three fears have arisen in the president’s mind.

“Also, my friend Vijitha Herath said that Ranil Wickremesinghe, who sat in the president’s chair thanks to the ‘Aragalaya’, is suppressing the same ‘Aragalaya’ today. It is not due to Aragalaya that I became president. If the president leaves, the prime minister should take over. Besides, I should have been the acting president according to the law.”

“Our opposition leader said today that I asked for the presidency. I didn’t ask for it. I accepted this because of the plight of the country. The Mahanayake Theras also requested me. I didn’t go and ask them. I didn’t write letters. Today, the leader of the opposition has forgotten the letter he sent to President Gotabaya Rajapaksa on May 12.”

He also said, “We will establish the Security Council by law. It is planned to establish the post of national security adviser, as well as a National Security Secretariat. Similarly, a tri-forces committee will be appointed for those offices. I will discuss all this and present it to this House. We want to create a new army in Sri Lanka. To do that, a rapidly growing economy is needed.”