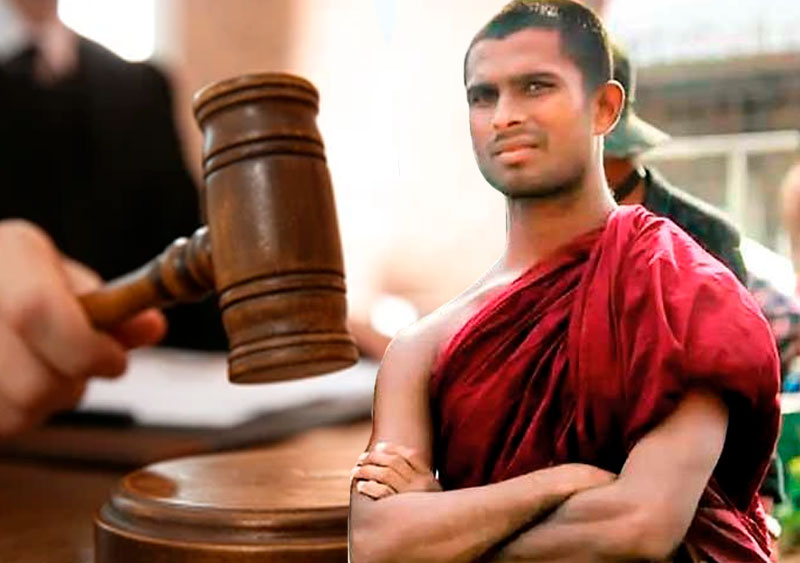 Earlier in the day, he was granted bail by the Colombo magistrate’s court.

The remand order was issued over his involvement in a protest near the Ministry of Education in July.

Siridhamma Thera has been held under the PTA along with IUSF convener Wasantha Mudalige for more than three months.