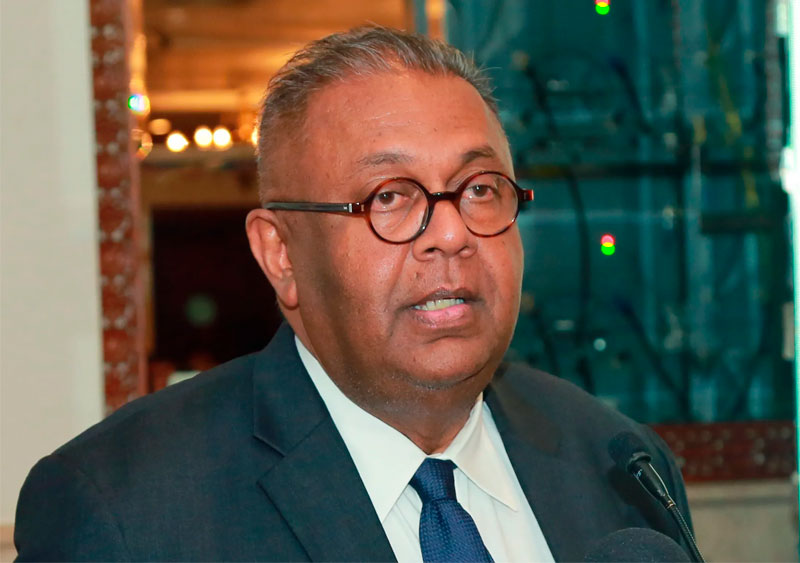 Winding up the House debate on the second reading of budget 2023, foreign minister Ali Sabry yesterday (22) made a statement with regard to the late Mangala Samaraweera, which he claimed not even the opposition would have made.

Sabry said that at times, there was disagreement and even scorn over what Samaraweera had said, but they are today proved to be of much practical value.

The foreign minister said they laughed at Samaraweera when he introduced a fuel pricing formula, which has to be reintroduced now.

Also, when a change in tax policy was made, what he tweeted was that Sri Lanka was likely to become another Venezuela due to the dangerous tax policy, and that has come true to some extent today.

Glancing at the opposition, Sabry said, “But, Mangala said something else that they (the opposition) would not have said. The UNP was wiped out after the election in 2020. The incumbent president lost. Everybody thought his political life was over.”

“When he was asked what he had to say about Mr. Ranil, Mangala just hinted by saying, “People of Sri Lanka will know someday that he was a must-president who had never become a president.”

However, in an irony of fate, he is the president today, said the minister, because he is capable of taking up that challenge at this moment, which will be the country’s turning point, Sabry added.