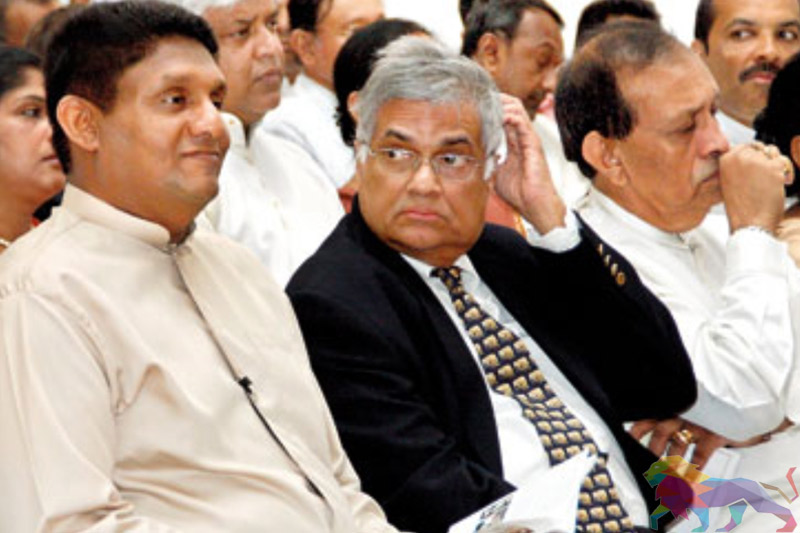 However, in truth, the country’s people continue to place their aspirations on party politics. As a result, the most common question asked with great interest these days by the populace is as to who would be nominated to contest in the upcoming presidential elections.

Party members more loyal to the party than their own leaders continue to wonder who their candidate would be while being disinterested about the opposition candidate. Provided with no answers, they continue to wander out aloud, “who will be nominated?”.

Though Gotabaya Rajapaksa had announced he would be the Pohottuwa party’s presidential candidate from the inception, it appears that towards the end and closer to the election, his name as a possible candidate is to be thrown out. It is obvious that Gota himself is unsure about the status of his candidacy. Mahinda could be hatching a ploy to put Gota forward itself. However, there appears to a keen interest among the public to know the possible Pohottuwa candidate.

If not for Gota, then who could possibly be the candidate of the party? Some have suggested the name of Shiranthi Rajapaksa. It is obvious that people would flock to Mahinda Rajapaksa. But it is questionable if the people would want to bet on any horse chosen by Mahinda. Therefore, Shiranthi is not a winnable horse. In other words, the candidate that Mahinda could trust the most would not be successful. The next possible option would be Chamal. But is he a competitive character who could win? Mahinda is then left with Basil as the option. He is an astute politician but not one that can win the hearts of the people. Mahinda would have to fight a tough battle to ensure his win. Presenting a candidate from outside the family such as Dinesh Gunewardena would also not guarantee a win. The reason being his supporters would think twice this time around prior to voting for a candidate presented by Mahinda.

As a result, Mahinda is merely left with two options. That is either to hand over the candidacy to Gota or embrace a more dangerous Sirisena.

Sirisena is perhaps the most terrible politician in recent times. He is more devious than the rest. Who thought he would be part of the country’s October coup? This is the man who said he would not come back to power again. He is the man who consumed hoppers with Mahinda the night before he walked out on him. In that scenario, Mahinda becoming Prime Minister under him and Sirisena becoming Mahinda’s presidential candidate is an important political juncture in the country. Sirisena has proven that this is the ugliest scenario where party crossovers have been done for power and money. Therefore, how can we be assured that Sirisena and Ranil drama will not be repeated with Mahinda? That is Sirisena’s nature. That is the distance that his Gramasevaka type of politics can travel. He could form a government with Mahinda but then make Ranil the Prime Minister the very next day. The man does not allow his right hand to know what his left has done. Mahinda is obviously contemplating if he could engage in politics with such a character. If Mahinda had not supported Sirisena in the October coup he would have been left with some respect. But anything more could not have been expected from a power-hungry character such as Mahinda. He now has to choose if he would either go with Gota or Sirisena.

The Sri Lanka Freedom Party (SLFP) had said that while Sirisena would become President, Mahinda would be the Prime Minister of Sri Lanka. This has been their dream since the Yahapalana government was formed. That is why S.B Dissanayake and others supported the October coup. But if Sirisena is to be the next President cannot be decided by the SLFP. Instead, the decision lies in the hands of the SLPP.

Though they appear to trust Mahinda, the majority does not seem to trust Sirisena. All who have any political understanding is within that majority. In other words, the Pohottuwa vacancy for a candidate remains and will depend on the decision taken by Mahinda. In the end, all despite their feelings will agree to the decision taken by him. The people are impatient until that moment arrives.

Forming of the Yahapalana government rendered the UNP obsolete. Since 2015, though it was proved that the UNP can only form a coalition government and is not a stand-alone political party, after 2015 they have lost the capability to take on a lone journey. SLFP has suffered the same fate. Even though it would be a joint candidate, the UNPers therefore also appear to be wondering who the next Presidential candidate representing them would be.

Several names have been talked of recently. Karu, Sajith and even names such as Naveen, Champika, Rajitha among many others have been floating around. A majority of the UNP now appears to be possible candidates. Recently, the main news item in a pro-Rajapaksa media outlet was about the UNP candidate. According to a ‘survey’, Karu was leading the race followed by Sajith and Naveen. Only they are aware as to how this data was collected. But clearly, the Rajapaksa camps prefer Karu to be the UNP candidate. The reason being he could easily be defeated. That is our opinion.

It must be noted that the strangest group of misfits appears to be supporting Karu’s candidacy. Those who had a hand in bringing Sirisena are now promoting Karu unanimously. They appear to be promising to rectify the same ailments in the system through Karu as they promised when Sirisena was appointed. But their programme is misplaced and it is unlikely that Karu’s candidacy can gain any traction. Karu is the imaginary leader of a small group of dreamers. Ranil would unlikely support him. But Chandrika seems to be supporting this venture along with the group led by the likes of Sarath Wijesooriya. Are they attacking Ranil and promoting Karu to field him without the UNP? Because the UNP is still clearly dominated by Ranil.

Though Sajith enjoys some support in the grass root levels, Ranil is adamantly opposed to him as he is considered a puppet of the Maharajas'. Sajith too appears to be acting according to the needs of the Maharajas. It is Maharaja that is responsible for building this new friendship between Sajith and Sirisena. Therefore, Ranil is at a cross road unable to decide if he can field Sajith as the candidate.

But compared to Karu, Sajith has a better chance and this should be accepted. Ranil is out of options that than these two as handing over the candidacy to another person can be dangerous. Therefore who will be the UNPs candidate? Hoping he will be saved the risk should be taken by Ranil. However, if Ranil could become the candidate himself would be worthwhile but he is unable to take that test. Therefore, the UNP party members continue to wonder as to who their candidate could be.

JVP: ‘Can't contest by themselves despite claims of standing alone’

Meanwhile, the JVP claims they would name their own candidate. However, unlike before, everyone seems to be playing a hidden game with no one willing to announce their candidacy early on. The main reason for the issue is there are no political characters suitable to be announced early on. All of them have passed the 'sell by date'. Many are attempting to sell expired goods with new labels instead.

Faced with the sudden announcement, the people are often tricked. Therefore, despite claiming they would contest alone, the JVP are not able to change this. There is no party that was able to preserve its dignity following the October coup and the Easter attacks. Anura Kumara, like Mahinda, Ranil and Sirisena, is an invalid choice.

Meanwhile, Gnanasara Thera appears to be attempting to act as Sobhitha Thera did in 2015 claiming a new leader is needed and he would dedicate himself to this end. Can this then not be Sirisena since he was Gnanasara’s own saviour?

There is a serious issue in Sri Lankan politics. That is because there is a majority that rejects all of this. But there are no parties nor movements that can change this system yet. Unfortunately, people have been left to choose the lesser evil.

(Translation of Tiran Kumara Bangamaarachchi's article that appeared on Ravaya on 22 June 2019).