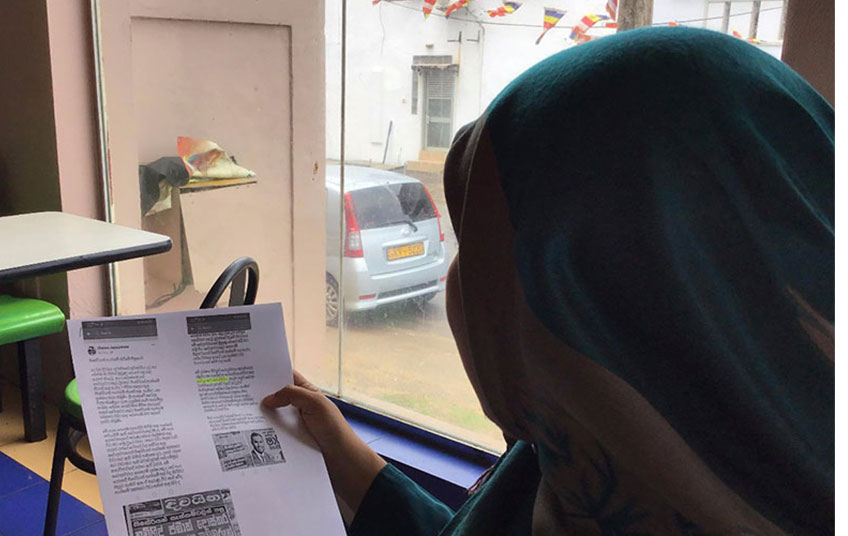 The family of Dr. Shafi Shibadeen who was employed at the Kurunegala Base Hospital is set to file a Fundamental Rights petition on his behalf against his illegal arrest and detention without filing charges.

According to his wife Dr. Naseer Fathima Imara, a complaint was also filed to the Human Rights Commission of Sri Lanka (HRCSL) regarding his detention without the filing of charges and the threats faced by her and their children following his arrest.

Following his arrest on May 24, Dr Shafi was not produced before a court for nearly 28 days. He is being held under the Prevention of Terrorism Act (PTA).

Meanwhile releasing a statement to the media on June 19, Police Spokesman SP Ruwan Gunasekara said a summary of the statements obtained by Dr Shafi will be produced before the Kurunegala Magistrates Court on June 27.

He also said a specialist team has been appointed to examine complainants against Dr Shafi who said he had damaged their fallopian tubes. The team comprises of the Colombo Chief Judicial Medical Officer and two specialist obstetrician gynaecologists.

Meanwhile, DIG Kithsiri Jayalath who has become embroiled in the case for allegedly providing false information to media giving rise to the sterilization scare was questioned by the CID on June 8. According to sources, a statement was recorded for nearly eight hours from the top cop on the day.

Also based on a request by the CID, the Kurunegala Magistrate has requested the Ministry of Health to provide statistics relating to C-Sections carried out by local obstetrician-gynaecologists in the last five years. The courts have also ordered the medical examinations of the complainants to only be held at the Colombo Castle and De Soysa hospitals.