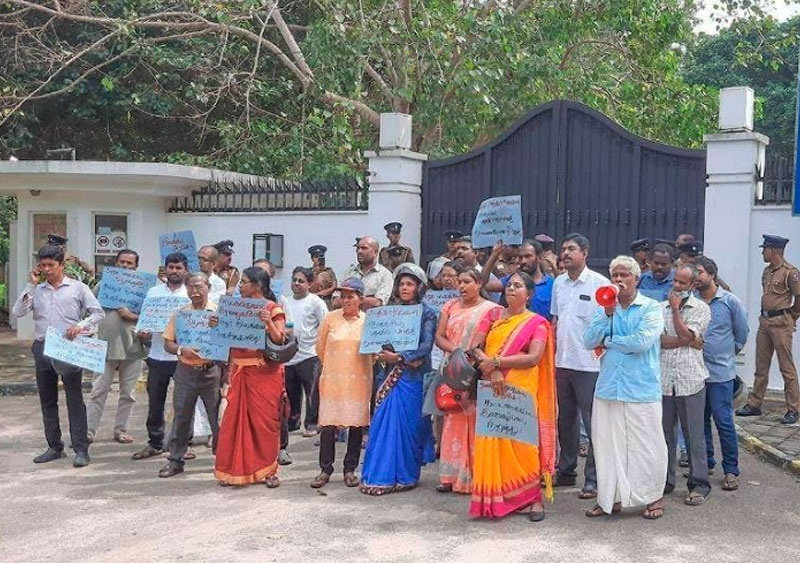 Northern province governor Jeevan Thiagaraja has faced a strong public outcry when he spoke in support of military acquisition of private land in the province.

TNPF’s K. Subhash led a protest in front of the governor’s office on November 15 as the matter was to be discussed with divisional secretaries.

Displaying placards against the move, protestors staged an agitation when governor Thiagaraja came to their midst and told them that he knew what he was doing as per the law and refused to accept any advice.

As his remarks met with strong objections, he retreated, correspondents report. 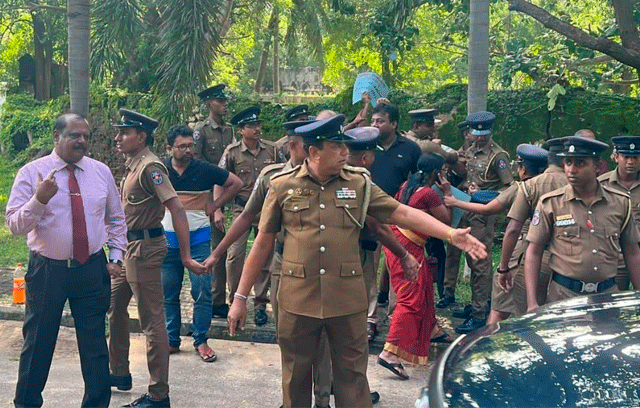 On the previous day, the ITAK and the TNPF held separate media briefings and condemned the governor’s attempt to acquire land.

ITAK leader Mavai Senathiraja said they would not allow that to happen, while secretary of the TNPF Selvarasa Gajendran warned the governor that his office would be surrounded.