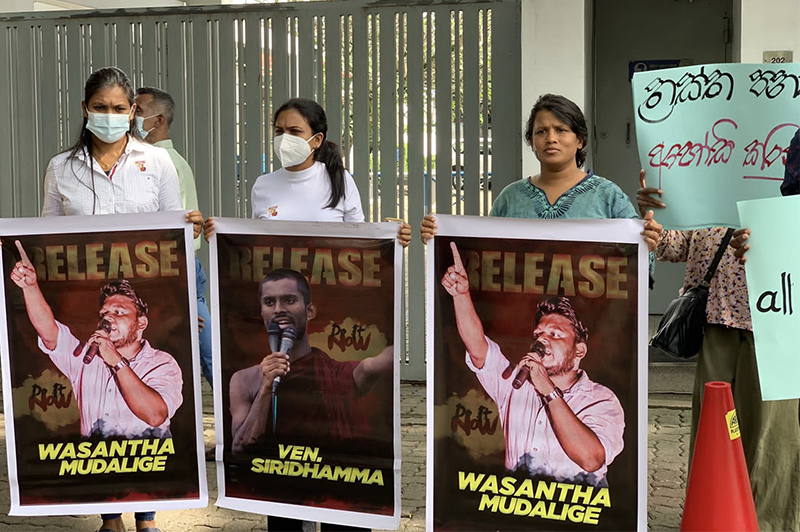 Human rights activists have asked foreign missions in Sri Lanka to exert pressure on the government against a further detention of two student activists under the PTA.

They handed over letters yesterday (15) to several of these missions, asking them to demand unconditional freedom for Wasantha Mudalige and Ven. Galwewa Siridhamma Thera before their 90-day detention ends on November 18.

Another of their call is for the government to halt its repression of peaceful protestors.

Their letter, signed by 150 HR, trade union and civil society activists, is addressed to 10 high commissioners and ambassadors based in Colombo.

It has commended the international interventions on behalf of the protests triggered by economic woes, bad governance, corruption and non-accountability of the state.

The letter urged the international community to support the struggle to protect rights and freedom in Sri Lanka.