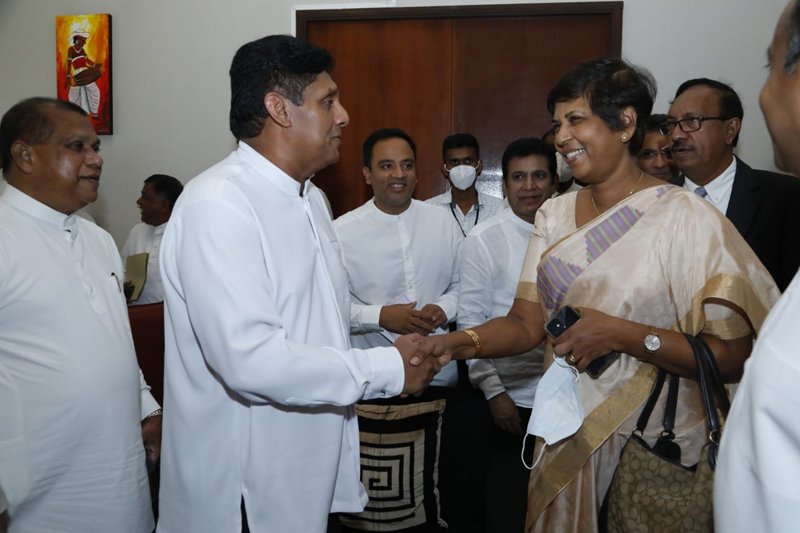 Welcoming the group, Premadasa extended to them his gratitude for joining the SJB to work towards rebuilding the country.

Yapa said their alliance was the result of several rounds of talks during a considerable period, and promised to support the building of a powerful force.

Their move is of significance because it happened on the very day president Ranil Wickremesinghe presented his budget proposals for 2023 in parliament. Agreement only to act as a Joint Opposition - Fernandopulle

Opposition Leader Sajith Premadasa announced on Facebook that a group of MPs including Dr. Sudarshini Fernandopulle joined the SJB. However, Fernandopulle refuted the claim soon after stating on Facebook that she had not joined the SJB as claimed in media reports but only came to an agreement to act as a joint opposition. 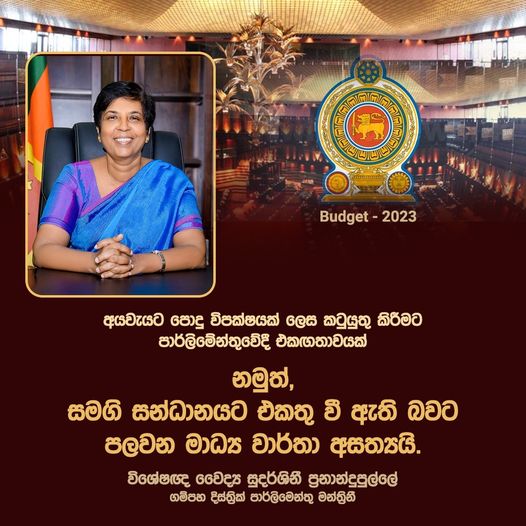