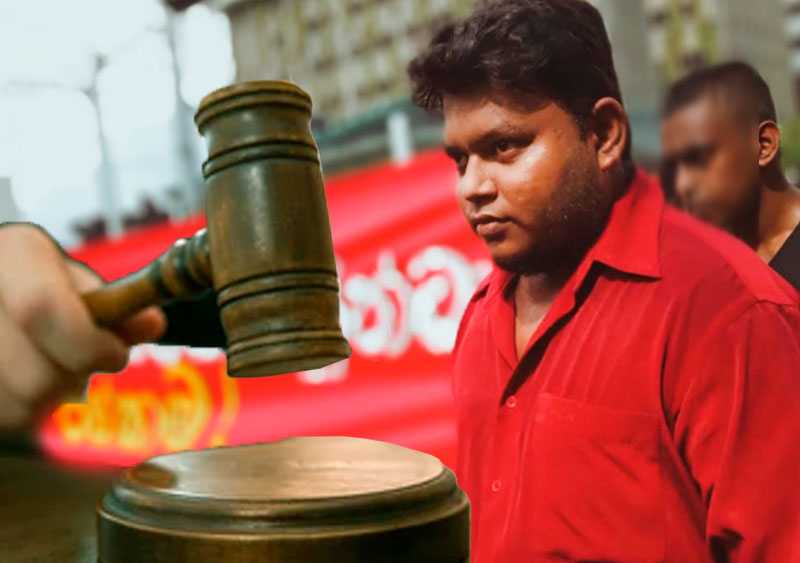 The detained IUSF convener Wasantha Mudalige should be produced before a magistrate immediately, the Supreme Court ordered yesterday (10).

The student activist remains in detention for 68 days now under the PTA.

The court also ordered that he be examined by the judicial medical officer of the Karapitiya Teaching Hospital.

It took up a fundamental rights application filed by Mudalige’s lawyer, president’s counsel Saliya Peiris, and granted leave to proceed with the petition.

A two-member SC judges panel will take it up again on January 31.

Mudalige, along with 18 others, was taken into custody on August 18 during a protest in Colombo.

Only he and IUBF convener Ven. Galwewa Siridhamma Thera are kept detained now.

Who will pay compensation?

At yesterday’s hearing, Mudalige’s lawyer sought an answer from the attorney general as to who would pay compensation in the event the court ruled that his client had committed no terrorism-related offence.